A Look Back: Carnation Plaza Gardens Debuts in 1956 In the summer of 1956, a new counter-service dining location opened just to the west of Sleeping Beauty Castle. 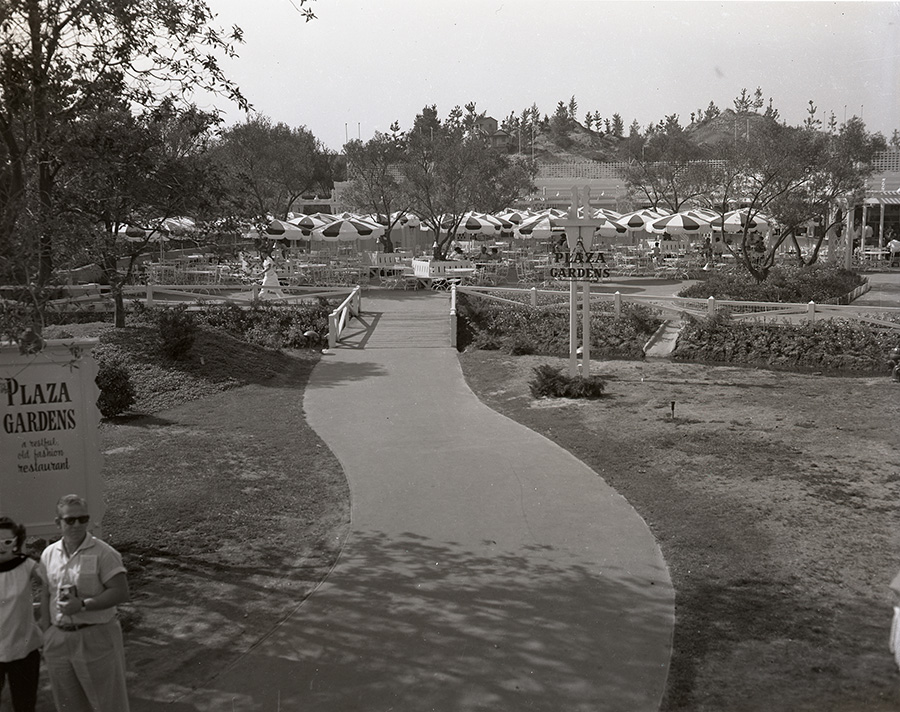 Plaza Gardens soon added a covered dance pavilion with a bandstand where Disneyland park guests could enjoy performing groups and school bands by day, while Friday and Saturday nights became “Date Nites” at Disneyland with all the energy of a swinging dance hall. 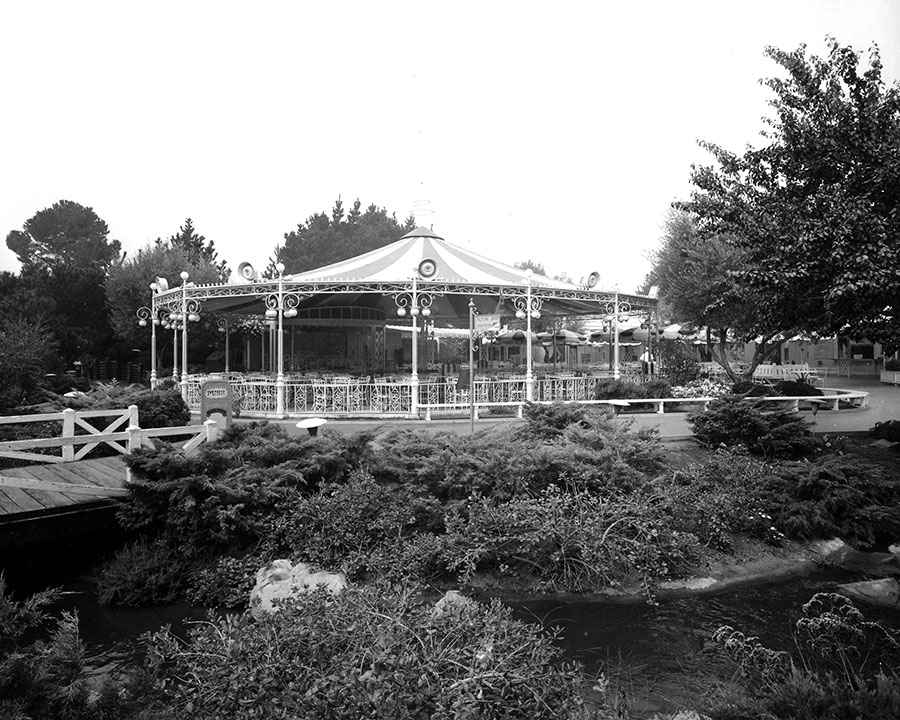 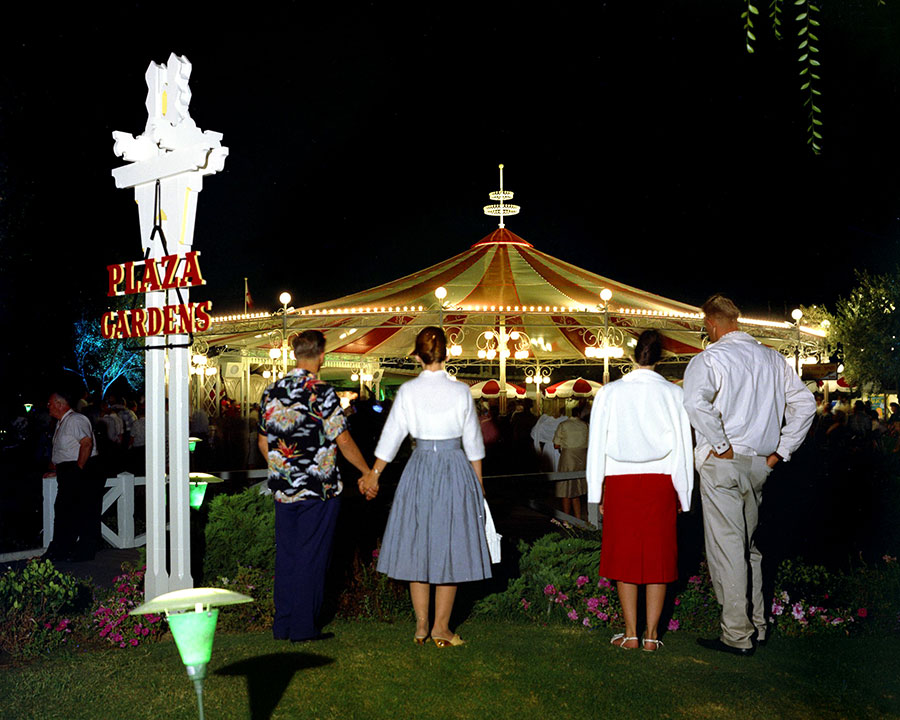 The Elliott Brothers Orchestra, shown here performing while Annette Funicello dances, became a fixture at Plaza Gardens and helped establish it as a popular swing and big band music venue in Southern California. 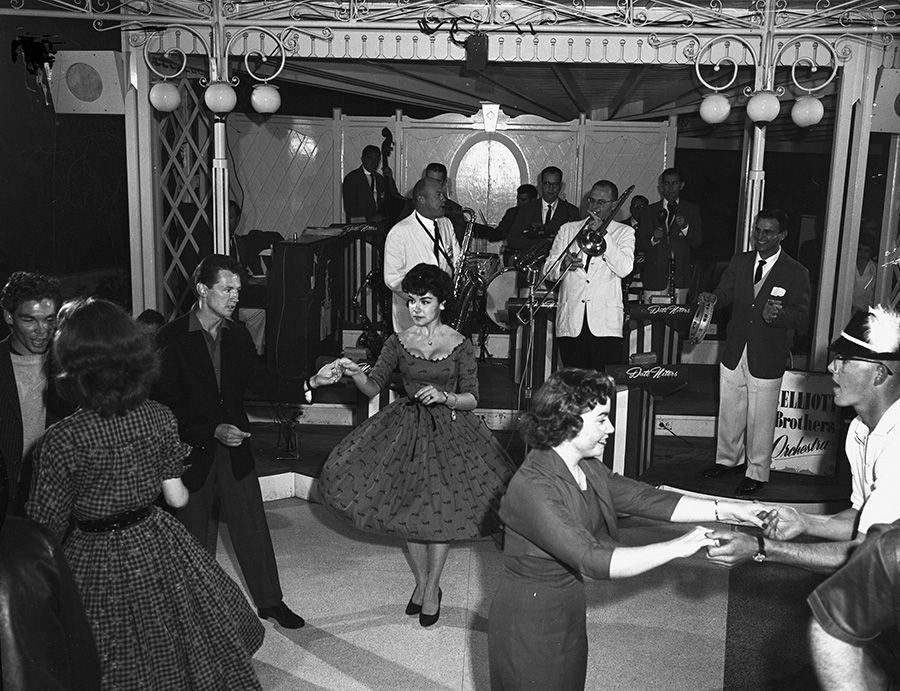 Even Walt Disney, himself, was known to hit the dance floor. 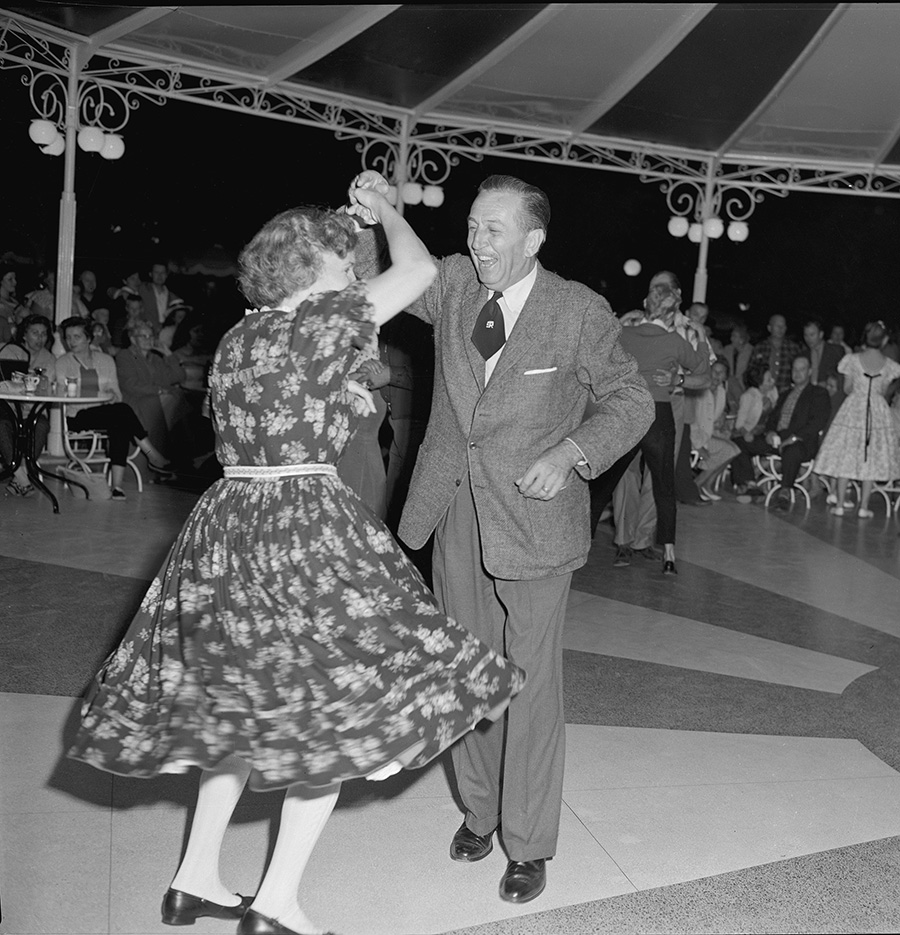 Here, Walt tries out the electric organ at Plaza Gardens. 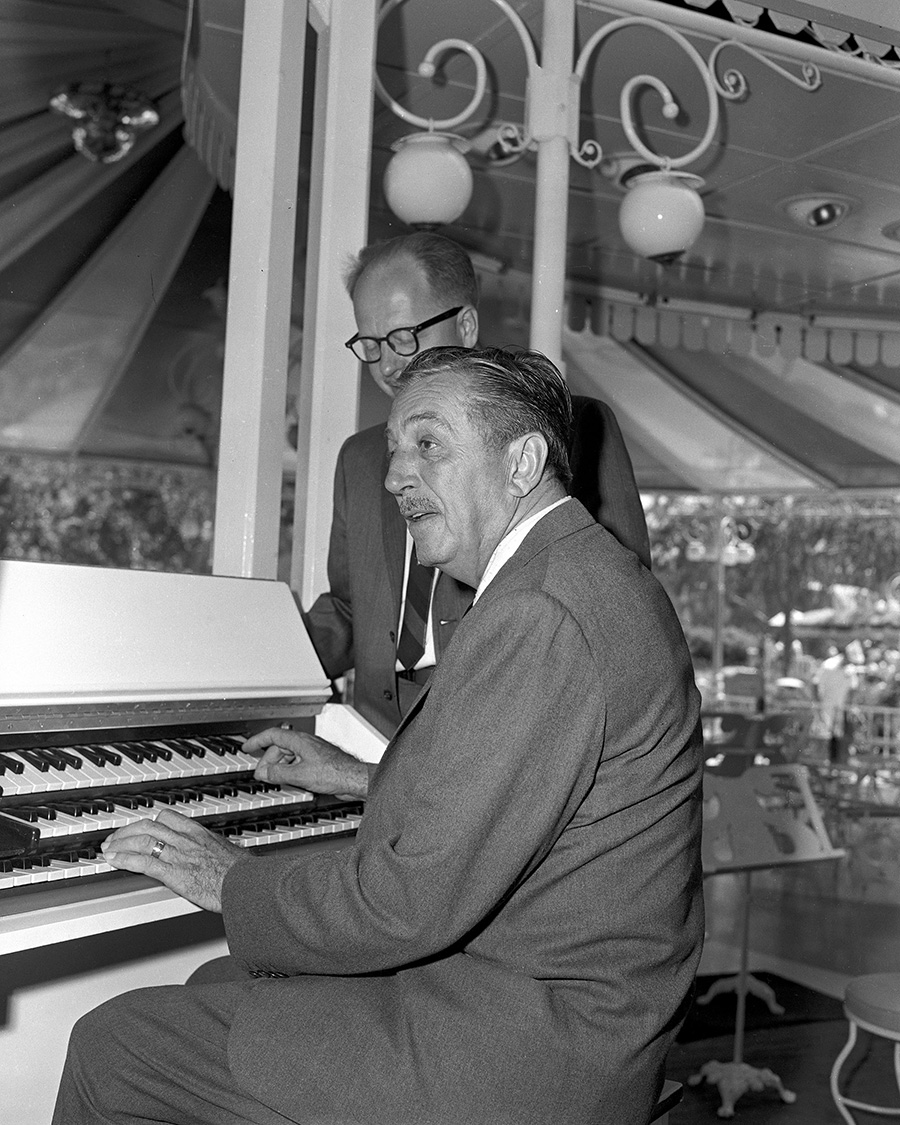 In the years that followed, some of the biggest names in music called the Carnation Plaza Gardens stage home, including Count Basie, Frank Sinatra Jr., Duke Ellington, Mel Torme, Lionel Hampton and the Osmond Brothers. 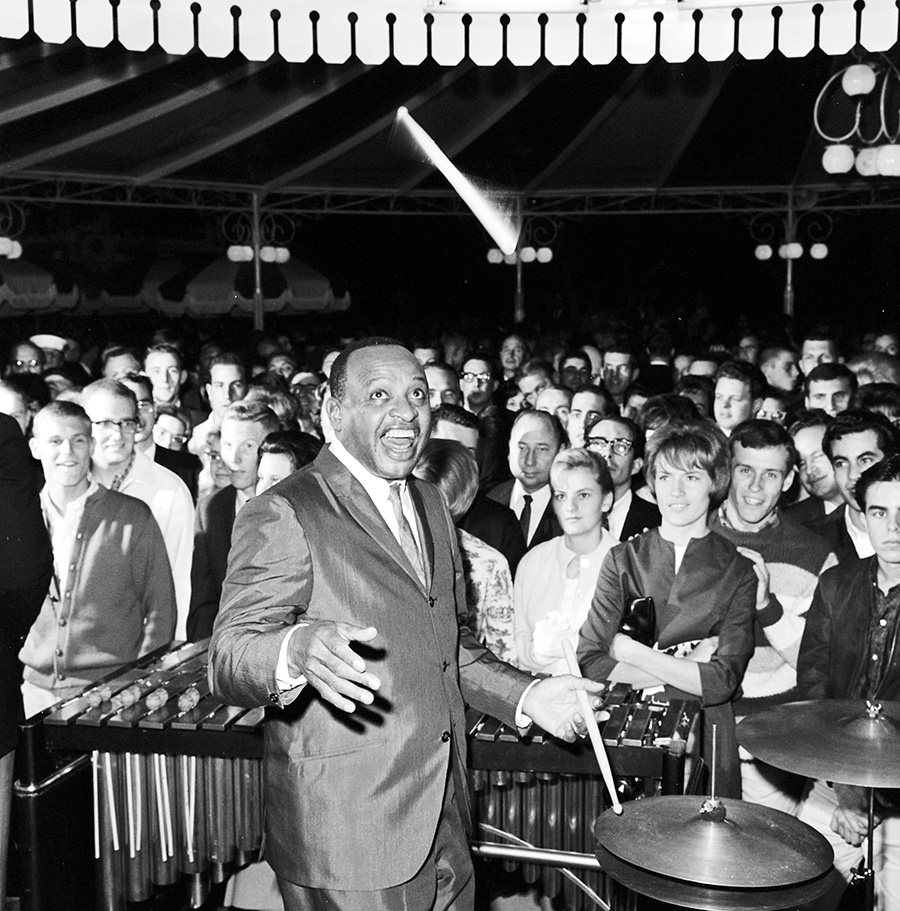 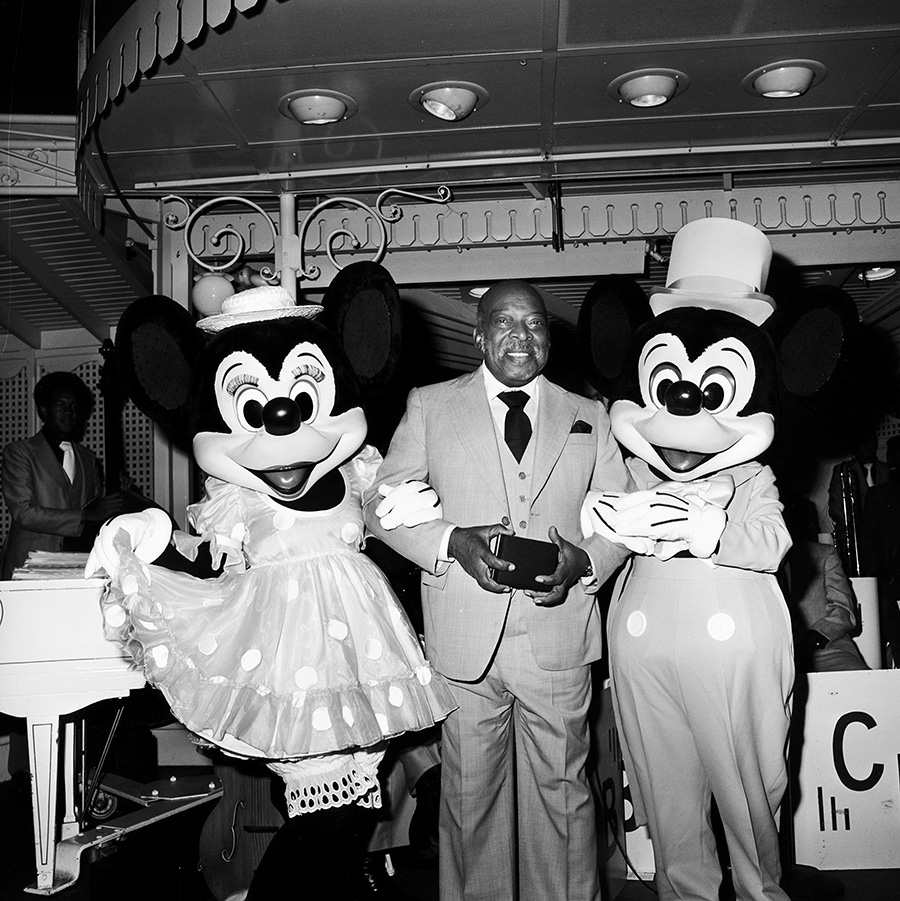 This photo, taken backstage at Carnation Plaza Gardens in 2004, shows many of the signs created for the bands that performed there throughout the years. 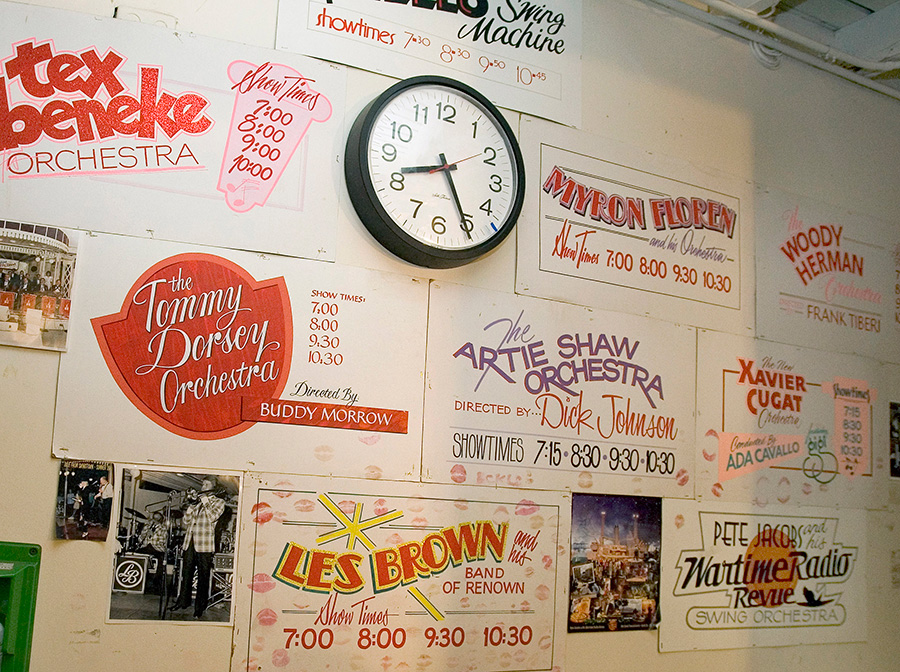 Since Fantasy Faire debuted in 2013 at the same location once occupied by Carnation Plaza Gardens, a new Disneyland park tradition has begun with the Royal Swing Big Band Ball in the Royal Theatre on select Saturday nights during the summer, and at the Downtown Disney stage, you can enjoy swing music on select weekend nights.