” celebrates its 25th anniversary this year. Originally released on June 21, 1991, the film tells the story of test pilot Cliff Secord who discovers a top-secret jetpack that hurls him into a daring adventure of mystery, suspense and intrigue. Since the film was released, I’ve dreamed of owning a similar jetpack (it would make commuting to work a real adventure). To commemorate the film’s silver anniversary, we are releasing several t-shirts on the Disney Parks online store from May 6-12. 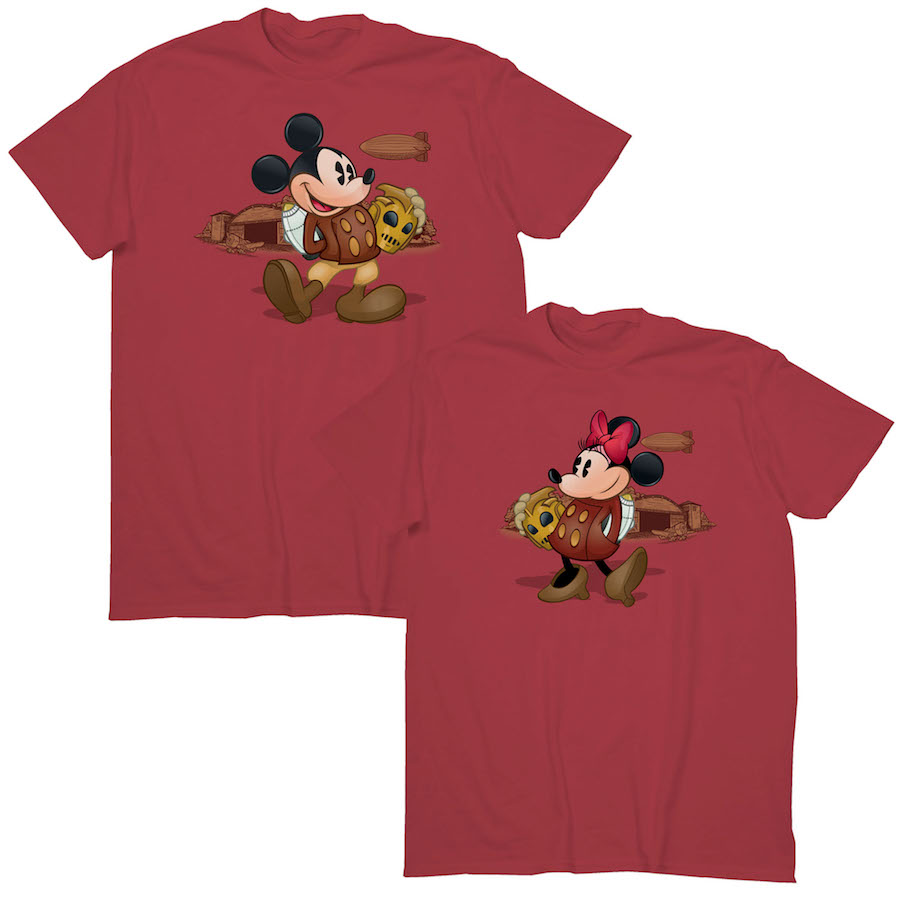 We’re also releasing a new shirt that’s part of the Twenty Eight & Main collection. This soft tee includes a specially designed Rocketeer logo and other embellishments such as embroidery and a small jetpack logo on the back of the shirt.

Please allow 3-5 weeks for delivery of the online t-shirts. These shirts will only be offered online from May 6-12 at DisneyStore.com/ParkEvents.

There are other Rocketeer-themed products currently available at Disney Parks. You may recall reading about our Vinylmation Movieland series released this past February. The set of mystery figures includes a 3-inch Rocketeer figure designed by Disney Design Group artist Casey Jones. Look for the series in select merchandise locations at Disney Parks or on the Disney Parks online store. 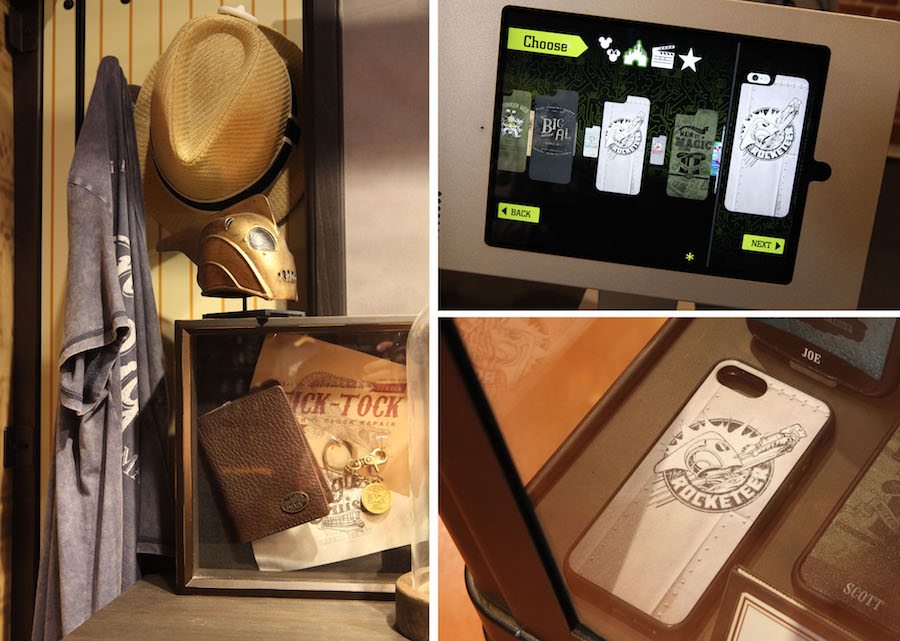 Finally, guests can create and personalize a phone case with Rocketeer artwork at our D-Tech on Demand stations in Disneyland and Walt Disney World Resorts. The art was created as part of the aforementioned Twenty Eight & Main collection. I stopped by the Marketplace Co-Op in Disney Springs Marketplace to get photos of the case. While there, I found a small Rocketeer helmet prop that the merchandise display team added to the Twenty Eight & Main boutique. Check it out next time you “fly” into the location.

Happy Anniversary to the Rocketeer!