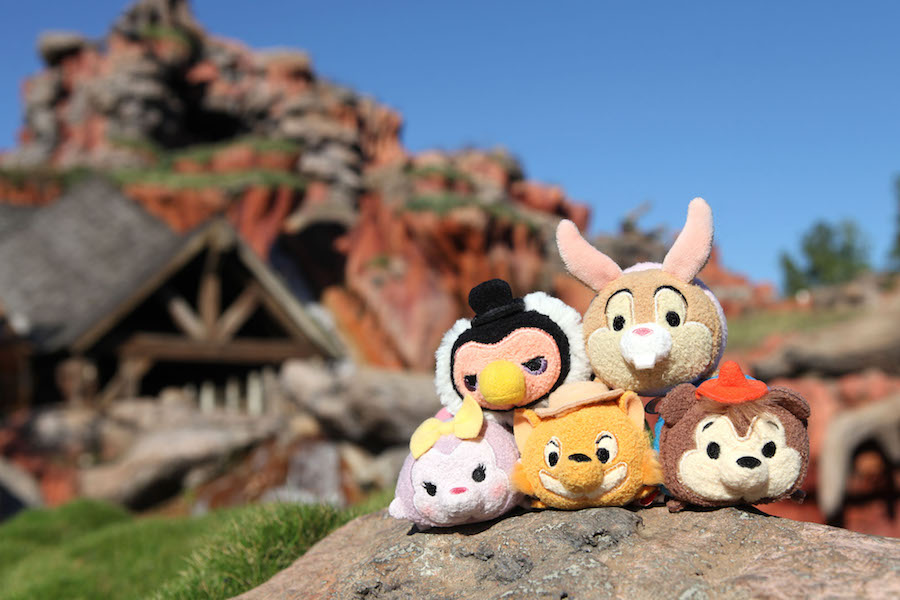 This series contains six, 3-inch stackable plush with characters inspired by classic Frontierland attraction. I recently visited Magic Kingdom Park to take a photo of five of the plush from this new series. 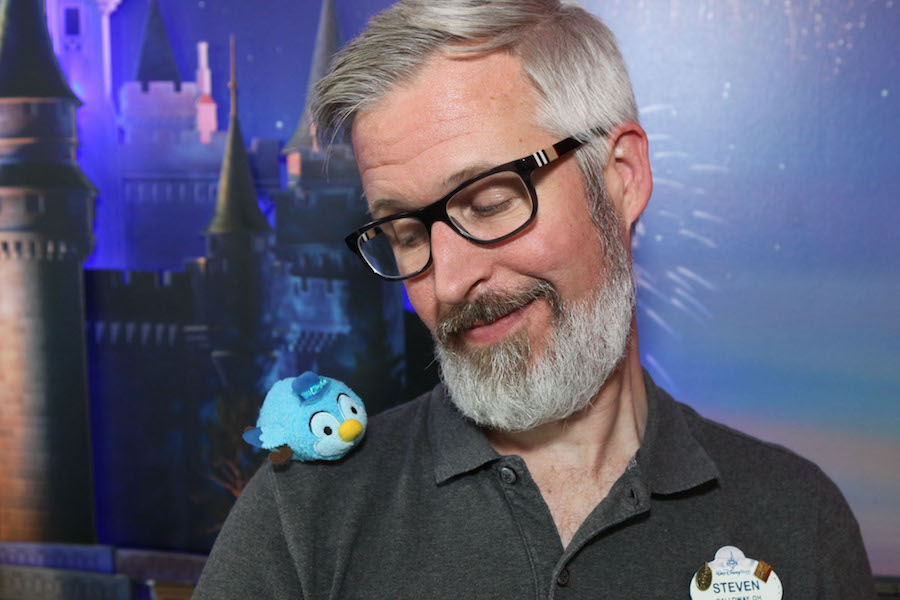 I found the sixth plush in this set, Mr. Blue Bird, “satisfactually” attached to my shoulder at Disney Theme Park Merchandise headquarters. 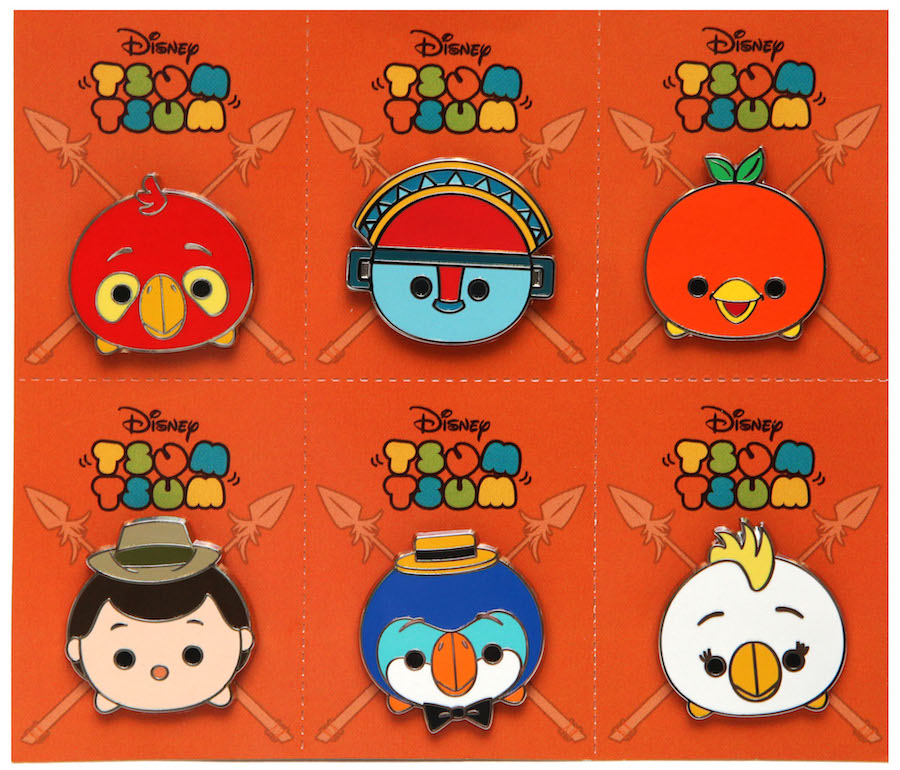 I’m also delighted to share a first look at a new Disney Tsum Tsum pin set coming to Disney Parks in late February 2017. This six-pin set was inspired by the Adventureland Tsum Tsum set released in October 2016. It looks like I have another pin to add to my growing Orange Bird collection.

The Splash Mountain-themed Tsum Tsum will be released at the following locations on January 10: