Five years ago this week, we marked the loss of two iconic Disneyland performers – first Wally Boag, who starred as Pecos Bill in the “Golden Horseshoe Revue” and then the very next day, his longtime Disneyland co-star, Betty Taylor. 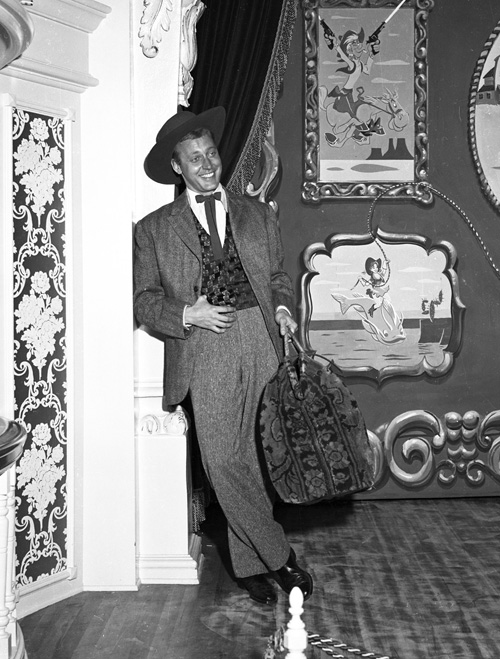 The ‘Clown Prince of Disneyland,’ Wally Boag starred at the Golden Horseshoe for nearly 27 years and in nearly 40,000 performances. He also brought his unique humor and comedic style to the Diamond Horseshoe Review at Walt Disney World Resort when it opened in 1971. Boag even provided the voice of the Audio-Animatronics parrot, Jose, for “Walt Disney’s Enchanted Tiki Room.” 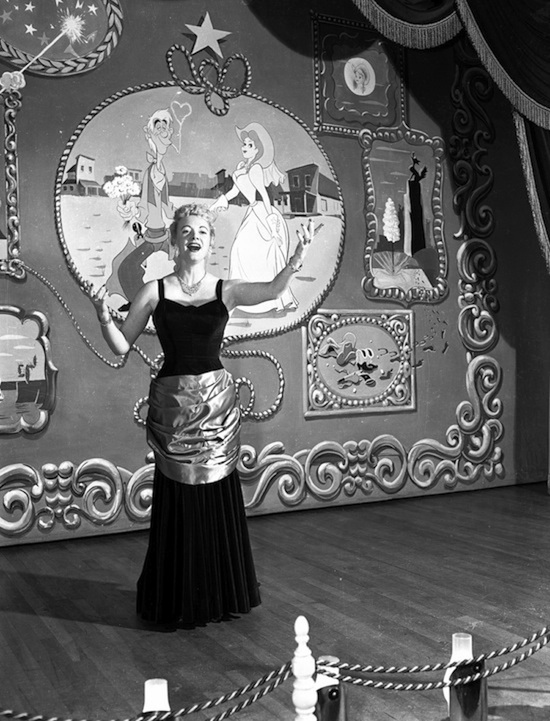 Betty Taylor played Slue Foot Sue to Wally Boag’s Pecos Bill five days a week for nearly three decades, having joined the “Golden Horseshoe Revue” just one year after it began in 1955. She continued in the role of Slue Foot Sue owner until 1987, for an amazing 45,000 performances. 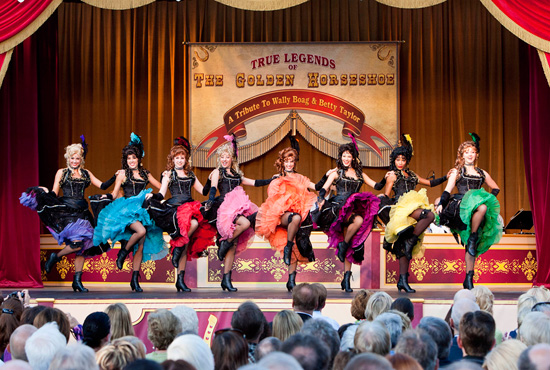 Later in the summer of 2011, Disneyland park hosted a special tribute show in their honor – “The True Legends of the Golden Horseshoe.” Dorothy Fields, Betty Taylor’s sister, and Heather Dinkins, Wally Boag’s daughter, were joined by Miriam Nelson, the original Golden Horseshoe Revue choreographer, along with Disney Legends including Ron Dominguez, Jack Lindquist, Richard Sherman and Mouseketeer Bobby Burgess. The tribute featured some of the most-loved Golden Horseshoe performances and footage of classic performances by Wally and Betty.