One of my favorite weeks working at the Disneyland Resort was five years ago this week, as two attractions debuted on June 3, 2011 – one taking guests flipping their fins under the sea, and the other sending them to new intergalactic destinations at light speed.

Disney California Adventure park unveiled The Little Mermaid ~ Ariel’s Undersea Adventure with a musical grand opening celebration on June 2, highlighted by Jodi Benson, the voice of Ariel, performing “Part of Your World.” Also on hand were the composer of the film’s Academy Award-winning music, Alan Menken, and the voice of Ursula, Pat Carroll. The next day brought guests their first chance to step aboard a seashell and experience the undersea journey inspired by the 1989 Disney animated classic.

The Disney Parks Blog showcased the making of the attraction with amazing behind-the-scenes videos, including this one of the sensationally sinister Ursula being moved into her lair, with a look at how Imagineers brought the infamous sea witch to life. Also check out this time-lapse footage of the show building under construction in Paradise Pier – look for the Palace of Fine Arts rotunda from the previous “Golden Dreams” attraction being preserved and incorporated into the design. 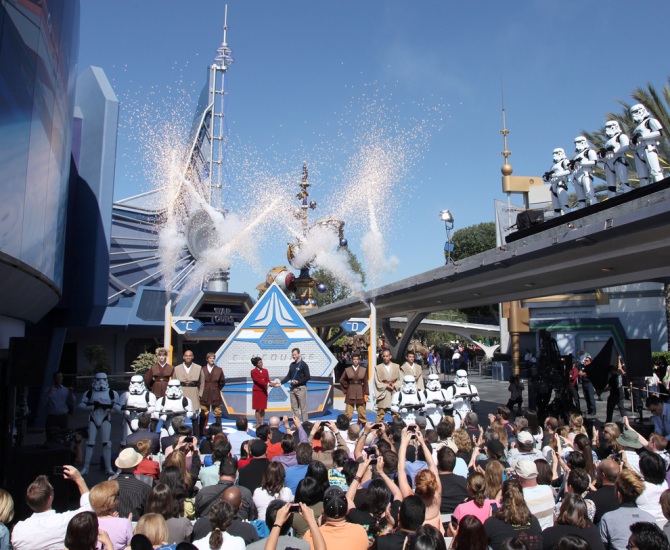 Over at Disneyland park, rebels and stormtroopers alike gathered for a day long remembered, the grand opening of Star Tours: The Adventures Continue. The relaunched attraction packed in moreStar Wars heroes, villains, worlds, battles and droids than ever, with more than 50 possible story combinations intertwined at random, plus added technology including digital 3-D video. 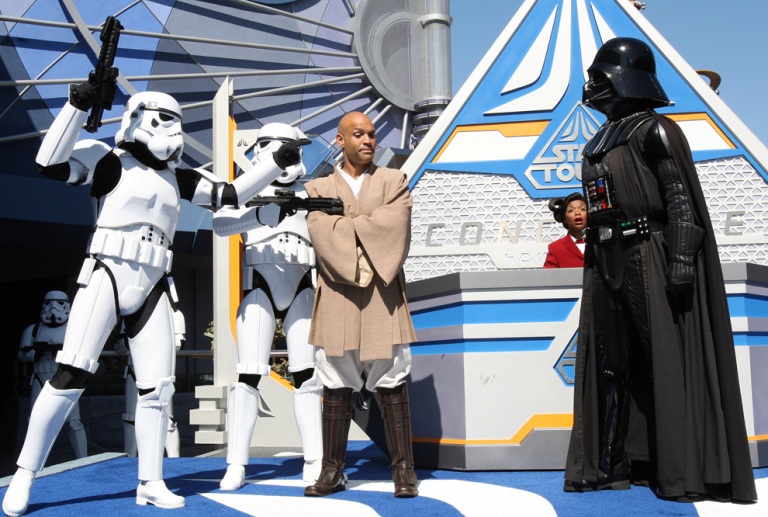 A skirmish between Jedi knights and Imperial forces briefly interrupted the festivities, but the dark side didn’t prevail and the Force restored order to the ribbon cutting, which was done with a lightsaber. Further enhancements recently arrived in a galaxy far, far away, with Star Tours now featuring a new scene and characters from “Star Wars: The Force Awakens.”