The International Association of Amusement Parks and Attractions (IAAPA) just announced that Shanghai Disney Resort and Disneyland Paris were recipients of its 2016 IAAPA Brass Ring Awards which celebrates excellence in live entertainment and more across the globe.

“Our teams create amazing world-class entertainment for our guests to enjoy in Disney Parksaround the world,” said Bob Chapek, Chairman, Walt Disney Parks and Resorts. “We’re thrilled that their hard work and talent have been recognized with these prestigious awards.”

Shanghai Disneyland’s “Ignite the Dream – A Nighttime Spectacular of Magic” and Light was named the Most Creative Multimedia Spectacular this year, a stunning example of Disney’s rich legacy of storytelling and innovation with breathtaking projections, lasers and fountains and more that continues to awaken the dreamer inside of every guest. 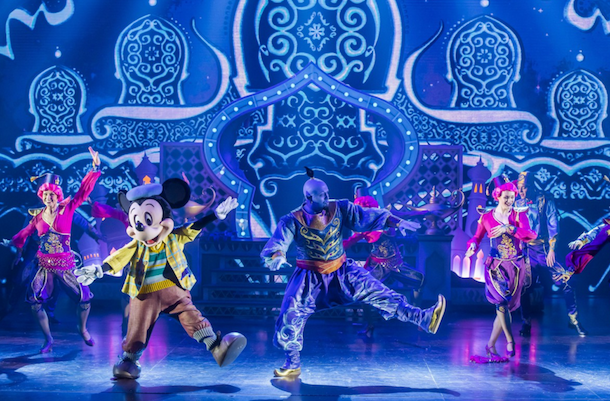 And at Disneyland Paris, “Mickey and the Magician” won for Best Theatrical Production in parks with more than three million attendance. This incredible show has been dazzling our guests since summertime, bringing together Mickey and many of his friends for a singing and dancing extravaganza filled with soaring scenery and special effects that show guests what magic is made of.

“Guests from all over the world continue to share that our shows and spectaculars create their happiest and most memorable moments,” said Bob Weis, President, Walt Disney Imagineering. “We are incredibly proud of the entire Creative Entertainment team and congratulate all involved in bringing these two amazing shows to life.”

This is another honor for Shanghai Disney Resort which was also recognized with three Thea Awards yesterday as part of the Themed Entertainment Association’s (TEA) annual award competition. The three awards recognized Disney’s first resort on mainland China for overall outstanding achievement as well as recognizing Pirates of the Caribbean: Battle for the Sunken Treasure and Camp Discovery for excellence in the Attraction category.

As 2016 comes to a close, we are excited and proud to celebrate an amazing year of creative entertainment offerings around the world at the hands of our brilliant Imagineers and cast and are already looking forward to another year of cutting-edge innovation and storytelling coming to Disney Parks.