Every year, the Walt Disney Hometown Museum hosts cartoonists and animators from around the country to celebrate Walt’s love for animation. 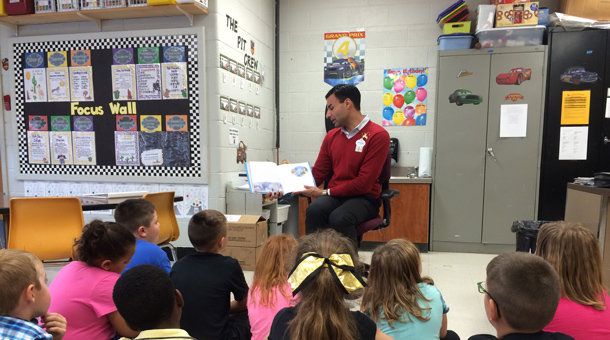 Nathaniel was the Grand Marshall of the festival’s parade, which travels along the original Main Street, an honor he will never forget! He also visited Walt Disney Elementary school that opened in 1960, where he read classic Disney stories to the students.

Another special moment during his trip was visiting Walt’s Dreaming Tree, located next to his childhood home. The original tree was struck by lightning 11 years ago but Walt’s grandson, along with the Walt Disney Hometown Museum staff and our 2005 Walt Disney World Ambassador team, planted a sapling of the original, which stands tall today.

Nathaniel was inducted into the Order of Plantears, as he planted his very own dreaming tree, along with the children of Walt Disney Elementary, and members of Walt’s family. The special ceremony included soil from the Liberty Tree at the Magic Kingdom Park, water from the Seven Seas Lagoon and Mickey Pixie Dust.