Three new shirts from the YesterEars vintage collection will be offered on the Disney Parks online store in September. Last month, you may recall we introduced this new collection, which contains limited release apparel inspired by classic Walt Disney World Resort attractions and locations. Here are details about the three shirts you’ll find from September 15-22, 2016 at DisneyStore.com/ParkEvents. 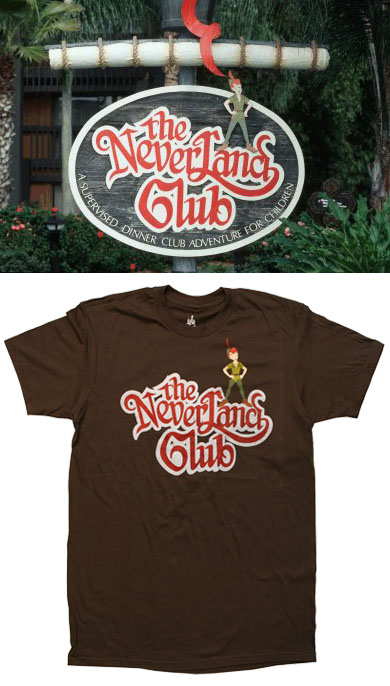 Disney Design Group artist Cortney Williams created the second shirt inspired by a sign found outside of the former Neverland Club at Disney’s Polynesian Village Resort. Today, this children’s activity center at the resort is called Lilo’s Playhouse. I asked Cortney why she chose to design this Hanes Nano-T.

“My family stayed at Disney’s Polynesian Village Resort in 1984,” explained Cortney. “I begged my parents to take me to see [The Neverland Club] mostly because I wanted to go through the nursery window just like the Darling children did in Walt Disney’s ‘Peter Pan.’ I also remember seeing the location sign every time we passed by the resort while riding the Walt Disney World Monorail.” 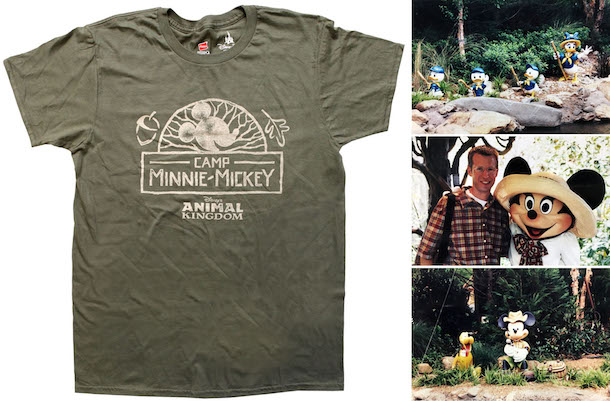 Cortney also designed the final shirt for this month’s YesterEars collection. Inspired by a trail sign, this Hanes Nano-T celebrates the former Camp Minnie-Mickey area at Disney’s Animal Kingdom. I found a few photos from my first visit to the location in March 1998.

Stay tuned in October for additional items from the YesterEars Collection. I’d love to hear your memories in the comments below.