Do you love emojis? Do you love Disney Parks? Then I’ve got great news for you! In the new Disney Emoji Blitz – a game for mobile devices where players can collect and play with hundreds of Disney and Pixar emojis – you can earn special Disney Parks emojis!

“Emojis are all about telling stories and expressing feelings,” says Nacia Chambers, Executive Producer on Disney Emoji Blitz. “The Disney Parks emojis, maybe more than others, help our players to tell their own Disney stories. It’s not the story Disney tells you in the theatre, but the story you make with Disney in our parks … what rides, what iconic foods and souvenirs you love personally. Now you can collect them in emoji form!” 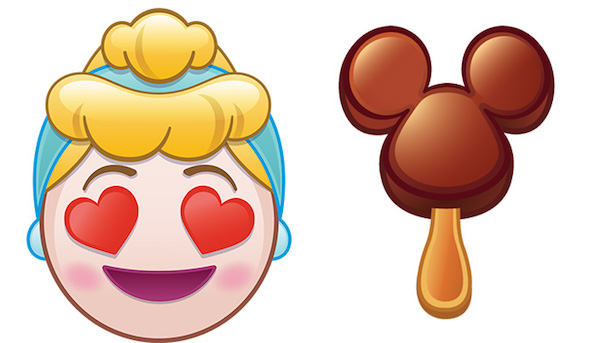 Nacia shared the emoji message above, closing with, “And seriously, who doesn’t agree with this?”

Disney Emoji Blitz is the first mobile game connected to a custom keyboard and features more than 400 emojis of Disney and Pixar characters, including favorites from “The Little Mermaid,” “The Lion King,” “Cinderella,” “Frozen,” “Finding Dory,” “The Muppets,” “Toy Story” and more. A fast-paced match-3 game, Disney Emoji Blitz lets players match emojis to score points and unlock new Disney and Pixar emojis. Each emoji collected blasts the board with expressive power-ups like icing away emojis with Elsa from “Frozen” or scaring emojis with Sulley from “Monsters Inc.”

Players complete missions to boost the score and earn prizes such as rare Disney Parks-themed Mickey Premium Bar, Matterhorn and Mickey Mouse Ear Hat emojis. Once an emoji is collected within the game, it is also unlocked in the Disney Emoji Blitz keyboard, which can be used to send Disney and Pixar emojis to friends in messages.

Download Disney Emoji Blitz now for free with in-app purchases on the App Store and Google Play. New Disney and Pixar-themed emojis will be added in the coming months.