Bailey and Destiny are officially making waves for sea turtle conservation as part of this year’s Tour de Turtles! 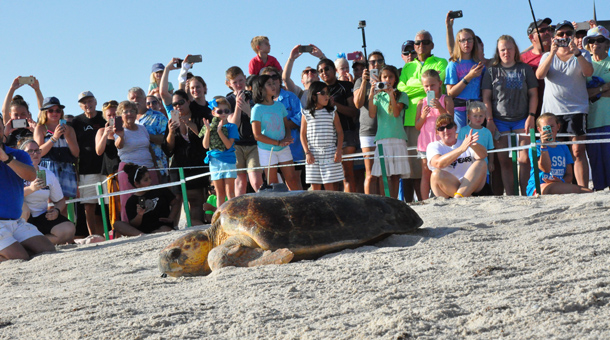 In partnership with the Sea Turtle Conservancy and Disney’s Animals, Science and Environment Team, researchers released the two loggerhead sea turtles from Disney’s Vero Beach Resort last Saturday. Named after characters from “Finding Dory,” Bailey and Destiny crawled to the ocean and swam away with satellite transmitters attached to their shells, which will help us track their whereabouts and learn more about turtle migration patterns.

The Disney Conservation Fund is sponsoring Bailey, the loggerhead swimming to raise awareness of issues with plastic debris in the ocean. This debris includes fishing line and plastic bags, which can entangle turtles, impeding their movement and ability to eat. Sea turtles also often ingest pieces of plastic they mistake for food.

Disney’s Animals, Science and Environment and Disney’s Vero Beach Resort are sponsoring Destiny, who is swimming to bring attention to light pollution. Because sea turtle hatchlings rely on natural starlight to find their way to the ocean, many are steered off course by artificial light sources. Destiny will help raise awareness of the importance of turning off your lights on the beach at night during sea turtle season. 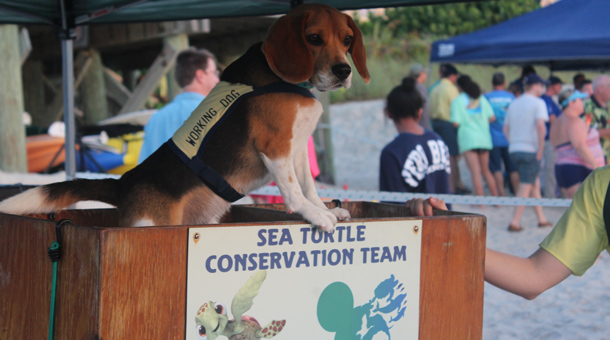 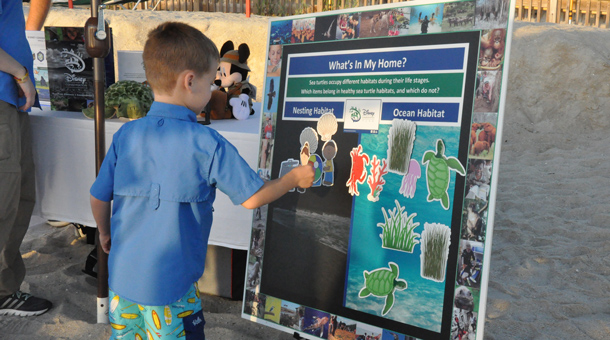 Follow Bailey, Destiny and 12 other sponsored sea turtles on their ocean journeys atTourdeTurtles.org. Learn more about sea turtles and other animals at DisneyAnimals.com.