The YesterEars Collection is returning to the Disney Parks online store from October 20-27, 2016. These limited release apparel items were inspired by classic Walt Disney World Resort attractions, locations, and celebrations. You may recall reading about previous online collections in August and September this year. This month’s collection has items inspired from the 1970s-1990s, and will be released at DisneyStore.com/ParkEvents. 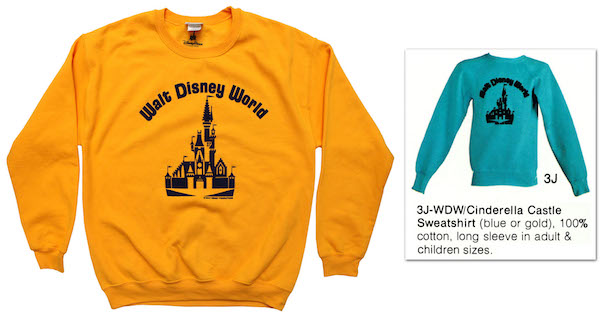 Disney Design Group artist Richard Terpstra was inspired by a 1976 merchandise catalog from Walt Disney World Resort when he designed this gold sweatshirt. The shirt features a stylized Cinderella Castle and Walt Disney World logo. It is made of 50% cotton and 50% polyester, and contains flocking on the castle and logo designs. You can see an image of the original sweatshirt from that catalog in the image above. 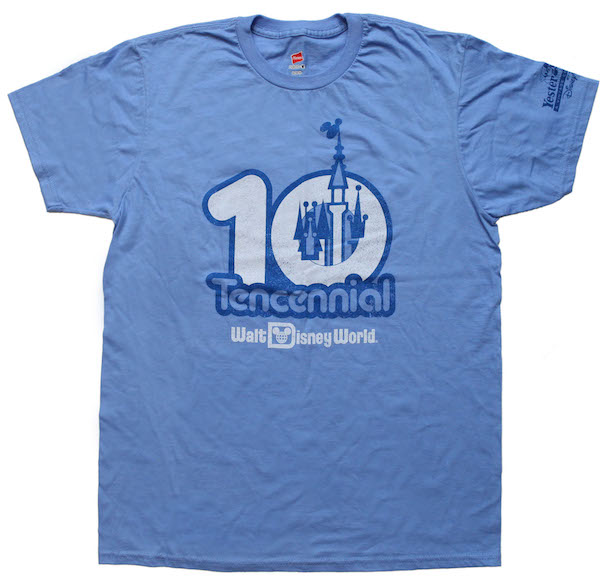 On October 1, 1981, the Walt Disney World Resort marked its first decade by launching the Tencennial Celebration. This 100% cotton T-shirt was designed by Disney Design Group artist Cortney Williams, and was inspired by the celebration dubbed as the “Happiest Birthday Ever.” 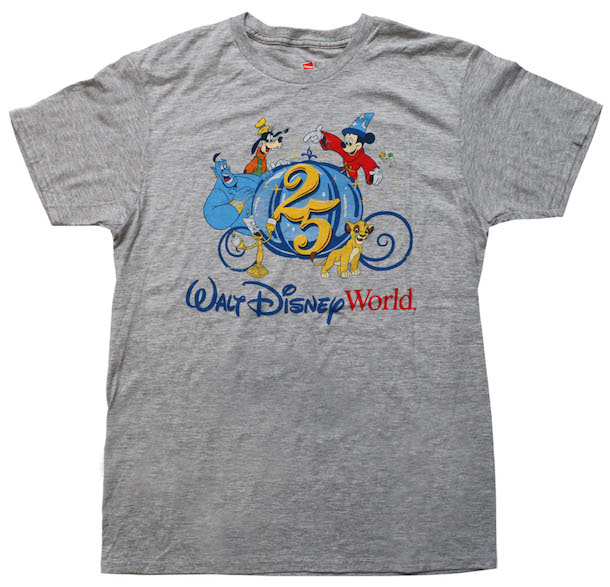 Finally, you can “remember the magic” of the 25th anniversary of Walt Disney World Resort with this T-shirt also designed by Cortney. This Hanes shirt is made of 90% cotton and 10% polyester, and features the main logo for the milestone celebration. I love the 25th anniversary shirt as it reminds me of when I first started as a Disney cast member in summer 1997 on the Disney College Program.

While this is the final YesterEars Collection for 2016, stay tuned for new items coming to the Disney Parks online store in 2017!