The World Series just ended a few weeks ago, but it’s never too early to start thinking about baseball spring training and dreaming about the promise of a new season.

For Braves fans, that time is now because the team just revealed its 2017 spring training schedule. And for the 20th straight season, the team will hold spring training at ESPN Wide World of Sports Complex at Walt Disney World Resort. 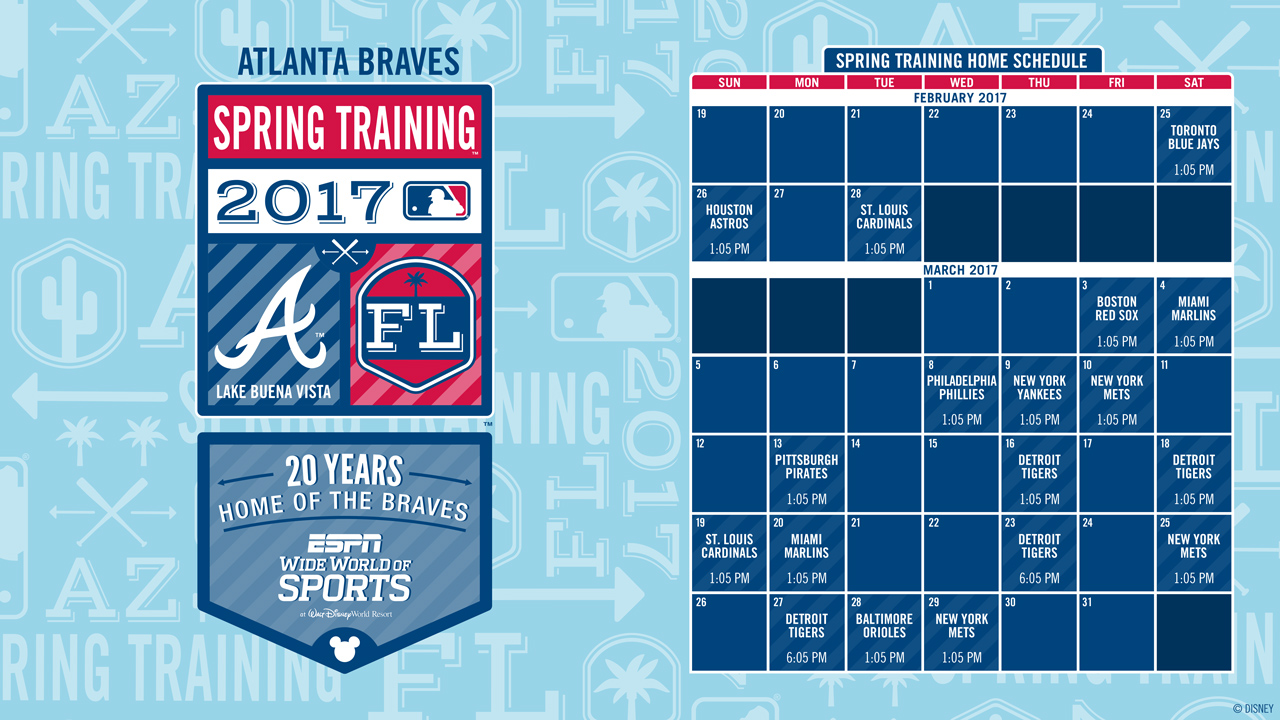 The spring schedule once again includes some matchups against Major League Baseball’s marquee teams, including four opponents – the Toronto Blue Jays (Feb 25), the American League East champion Boston Red Sox (March 3), the Baltimore Orioles (March 28) and the New York Mets (March 10, 25 and 29) – who each reached the post-season earlier this year.

On top of that, the New York Yankees (March 9) are on the 18-game home schedule along with the Philadelphia Phillies, Detroit Tigers, Houston Astros, St. Louis Cardinals, Miami Marlins, Pittsburgh Pirates and Baltimore Orioles.

The Braves players begin arriving at Walt Disney World in mid-February and then open up the spring season here against the Blue Jays on Feb. 25. Tickets go on sale on Dec. 12 at braves.com/springtraining, as well as through Ticketmaster outlets (800-745-3000) and at ESPN Wide World of Sports Complex Box Office.