As Magic Kingdom Park’s 45th anniversary approaches this fall, this new weekly series will take a look at one of the park’s opening day attractions that can still be enjoyed today. This week, we’ll focus on Jungle Cruise.

One attraction that debuted at Magic Kingdom Park on opening day that remains a guest favorite is the Jungle Cruise. The “original” Jungle Cruise attraction opened in 1955 at Disneyland park and was originally inspired by Disney’s True-Life Adventure “African Lion” film and offered serious and educational tone (and at one point, featuring real animals at the attraction was even considered). Obviously, Audio-Animatronics technology won out. The direction of the attraction changed in the 1960s, when Walt Disney asked his righthand man (and now Disney Legend) Marc Davis to create some gags that would give the attraction a light-hearted tone. 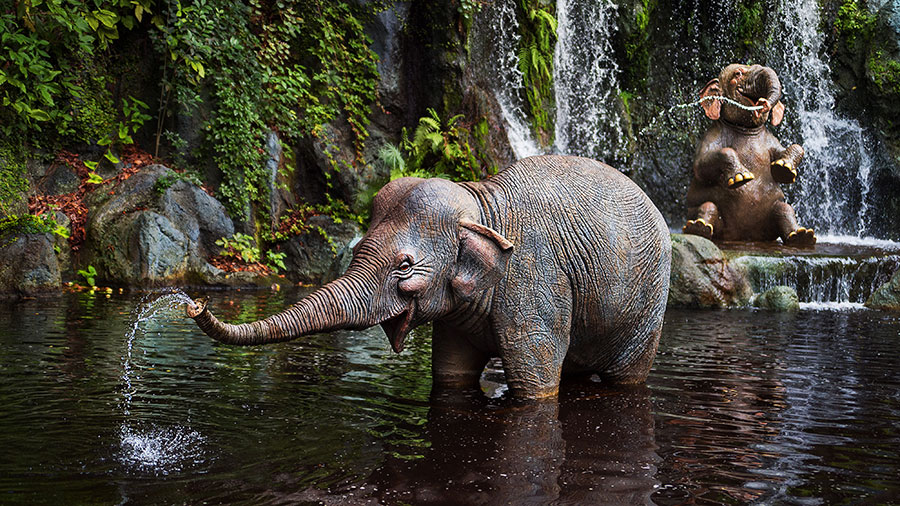 Today at Magic Kingdom Park the attraction consists of a 10-minute ride that takes boatloads of guests on an adventurous journey through the Amazon, the African Congo, the Nile River and more. The fun is narrated by a Jungle Cruise Skipper, who’s guaranteed to show you a good time and plenty of “punny” narration.

This classic attraction hasn’t changed much since it’s debut at Magic Kingdom Park in 1971, with the exception of a special holiday overlay that began in 2013 to transform the Jungle Cruise into the Jingle Cruise. During Jingle Cruise season, guests can expect to see the addition of Skipper-designed holiday decorations, seasonal jokes told in Skipper style, holiday tunes and more.

Most recently, the theming of the Jungle Cruise and the humor of the Skippers inspired a brand-new restaurant – the Jungle Skipper Canteen – which opened its doors nearby in Adventureland.