One of my favorite experiences during the Epcot International Festival of the Arts has been taking family and friends to see the extremely talented performers in the Disney on Broadway Concert Series.

The concerts showcase some of Broadway’s biggest and brightest stars singing hit songs from Disney on Broadway musicals each festival weekend. Two of those stars, Kerry Butler and Kevin Massey, perform this weekend and we got to know these performing artists a bit better with this quick Q&A session in our #ArtfulEpcot series this week! 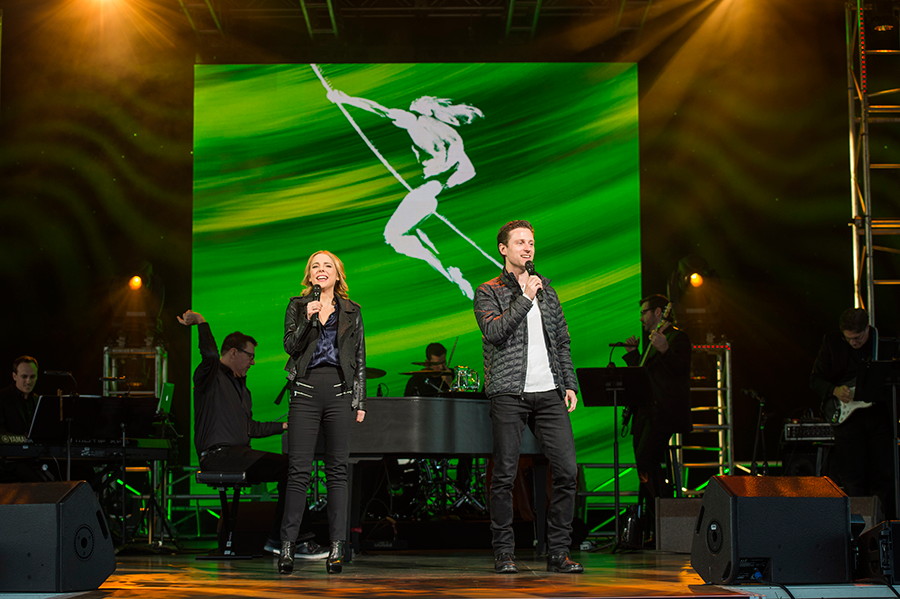 Did you always dream of being on Broadway? What has been the best part of having that dream come true?

Kerry: I dreamed of being on Broadway since I was 9 and saw “Annie.” I never forget how fortunate I am. I get paid to do what I love. I’ve been so lucky, last year I did my tenth Broadway show. You become a family with the cast, it’s really a great job!

Kevin: I think I thought it would be really cool to be on Broadway, but it was not always my dream. I thought I was going to be a doctor, even through college. But, somehow I got sidetracked…and I’m so glad I did! Being a part of this business brings you in constant contact with some of the most incredible people in the world. Everyone is passionate and so good at what they do. I met my wife because we worked together (and I married her every night onstage), so it has worked out pretty well! You also get to travel around the world and even to Walt Disney World! Being on Broadway is a special gift and honor that I never take for granted.

Which Disney song is your favorite to sing?

Kerry: In this concert series it’s “A Whole New World.” In general, it’s “Part of Your World.” Ariel is my favorite Disney Princess.

Kevin: I like singing “Out There” from The Hunchback of Notre Dame, but I have to say that “Proud of your Boy” has been a joy to sing too. Alan Menken knows how to write incredible songs for both male and female characters. His songs soar!

What has been it been like to perform classic Disney songs at Walt Disney World Resort?

Kerry: It has been truly magical. I am a HUGE Disney fan. I go to Walt Disney World all the time. I’ve seen many shows at Epcot, and it’s been a dream to perform here.

Kevin: It’s incredible to be able to share so many of Epcot guests’ favorite songs with them and introduce some new songs to them as well. Walt Disney World is such a magical place, and it’s so cool to be a part of that magic!

What advice would you give to aspiring singers and/or Broadway performers?

Kerry: I always say the people who can take rejection are the ones who can make it. You usually get rejected at least once a day, the key is to not take it personally.

Kevin: I always say, if it’s what you love, keep at it! Train as hard as you can, always be prepared, say yes to as much as you can and be nice to everyone! If you do all those things, then you set yourself up for success. Then you walk through the doors that open and see where they lead.

Be sure to catch Kerry and Kevin perform at the festival this weekend at 5:30 p.m., 6:45 p.m. and 8 p.m. Friday through Monday at the America Gardens Theatre!