Last night, Spaceship Earth at Epcot transformed into a giant Star Wars Death Star during a special Disney Parks Blog meet-up that included updates on Rogue One: A Star Wars Story inspired additions coming to Disney’s Hollywood Studios and a surprise visit from one of the stars of the upcoming film – Mads Mikkelsen. 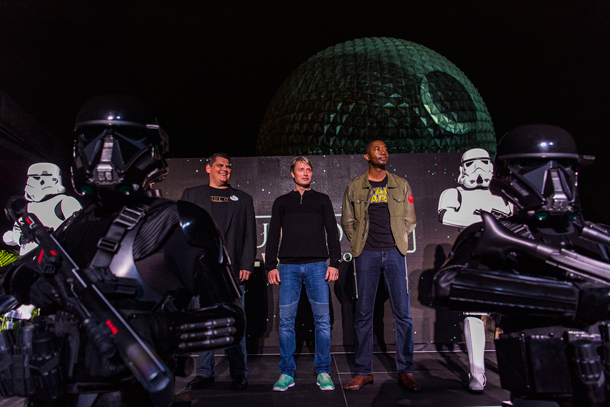 During the meet-up, Mads Mikkelsen – who plays Galen Erso in Rogue One: A Star Wars Story – made a surprise visit and joined us for a quick question-and-answer session. Mads talked about the character he’s playing and shared what it was like to be part of a Star Wars film.