It’s the newest Walt Disney World Resort event that will excite all of your artistic senses. When the Epcot International Festival of the Arts begins January 13, you’ll find performing arts celebrating all styles and genres of music – with the Disney twist – all around Epcot.

We’re particularly looking forward to collaborating with Disney Theatrical Productions, which will bring an exciting new showcase of favorite music and Broadway talent to the America Gardens Theatre stage. Throughout the six weekends of the festival, different pairings of phenomenal Broadway artists will perform songs from some of Disney on Broadway’s award winning shows.

We’re excited to announce the lineup of performers for this brand new series:

Jan. 13-16 and 20-23: Ashley Brown and Josh Strickland performing songs from: Disney’s Beauty and the Beast, Tarzan, Mary Poppins and The Little Mermaid

Jan. 27-30 and Feb. 3-6: Kerry Butler and Kevin Massey performing songs from Disney’s Beauty and the Beast, Tarzan, Newsies and Aladdin 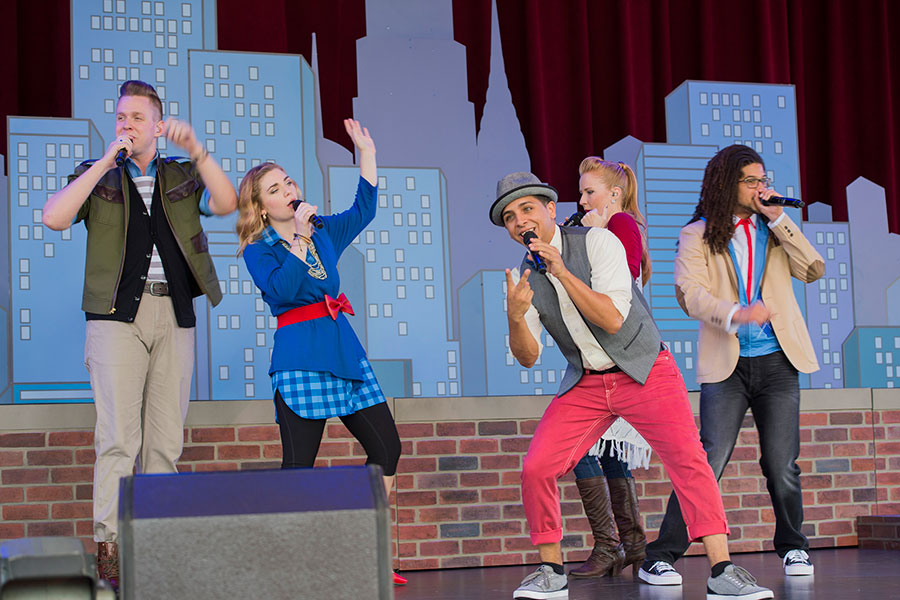 Future World Plaza will also be filled with a variety of other visual and live performances including Epcot Living Statues, performances by Central Florida high schools and acclaimed university and college talent appearing through a partnership with Disney Performing Arts. Plus, Epcot’s American Music Machine will perform on the Future World Fountain Stage.

The festival runs Fridays through Mondays from Jan. 13 – Feb. 20.