#DisneyFamilia: Univision’s Despierta America celebra 19 Years at the Most Magical Place on Earth! The broadcast, that featured segments from Disneyland Resort and Disney Cruise Line, helped us to officially ‘despertar el verano’ (awaken summer) among the Hispanic community.

Behind the scenes, Luis goofed around with his favorite Disney character, Goofy! And Sofia, who debuted her new song “Love is the Name”, posed with the adorable Minnie Mouse. 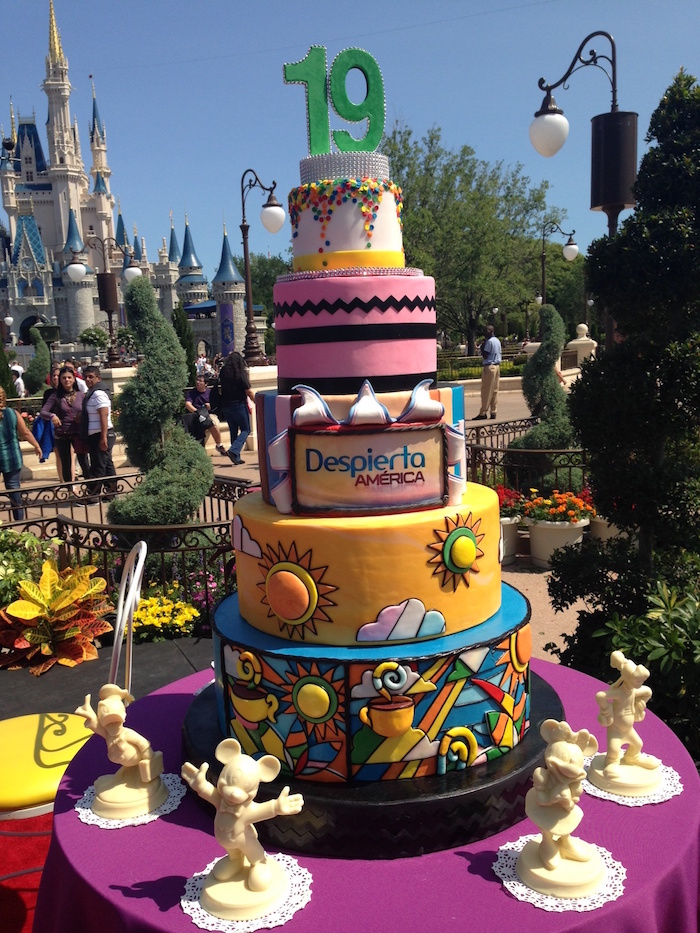 To help celebrate the anniversary, Disney Pastry Chef Yolanda Lazo Colón, created a five tier cake recreating the décor of the Univision set of the show. Isn’t it gorgeous?

What special occasions have you celebrated at Walt Disney World Resort? We want to know!

1995 The threat of being hit by Hurricane Erin ensured all Walt Disney World parks did not open until 11 AM
1998 Passengers on the Disney Magic's maiden voyage arrived at Castaway Cay
1999 The Disney Wonder sailed into Port Canaveral for the first time. She was accompanied by the Disney Magic
2002 Signs released