For a limited time starting November 5, a sneak peek of Disney’s next big comedy adventure, the sweeping animated feature “Moana,” will be presented as part of the One Man’s Dream attraction at Disney’s Hollywood Studios, offering guests an advance look at scenes from the film. 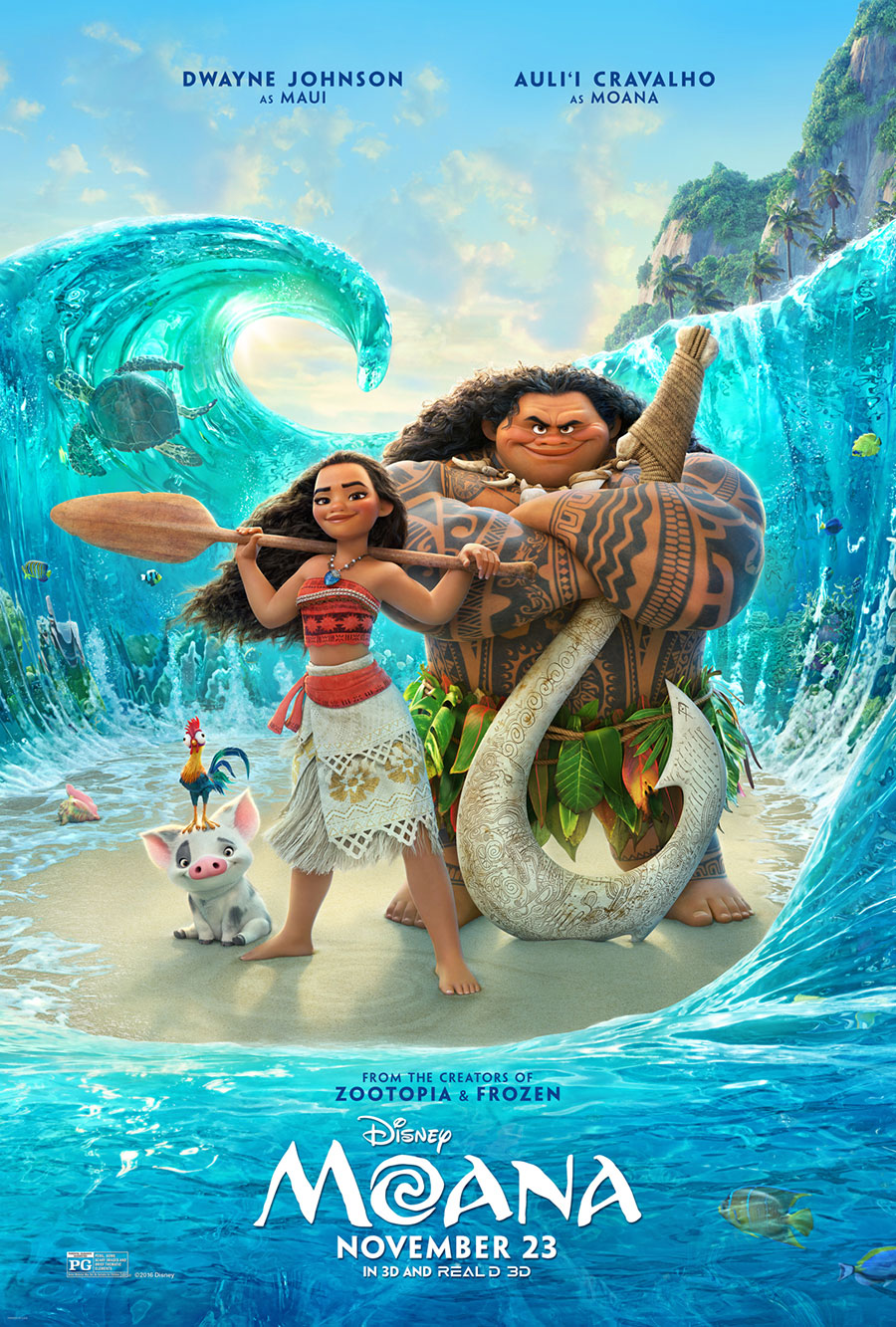 “Moana” is the story of an adventurous teenager who sails out on a daring mission to save her people. During her journey, Moana (voice of Auli‘i Cravalho) meets the mighty demigod Maui (voice of Dwayne Johnson), who guides her in her quest to become a master wayfinder. Together, they sail across the open ocean on an action-packed voyage, encountering enormous monsters and impossible odds, and along the way, Moana fulfills the ancient quest of her ancestors and discovers the one thing she’s always sought – her own identity.

This special preview of “Moana” is also currently playing at Disneyland Resort, where guests can catch the sneak peek in Disney California Adventure park at the Bug’s Life Theater, featuring a 3D presentation with exclusive in-theater effects.

Directed by the renowned filmmaking team of Ron Clements and John Musker (“The Little Mermaid,” “Aladdin,” “The Princess and the Frog”), produced by Osnat Shurer (“Lifted,” “One Man Band”), and featuring music by Lin-Manuel Miranda, Mark Mancina and Opetaia Foa‘i, “Moana” sails into theaters in 3D on November 23, 2016.