Tennis superstar Serena Williams took a break from her tennis training and popped by Walt Disney World Resort this past weekend. And fittingly Williams spent a lot of time with Princess Merida. 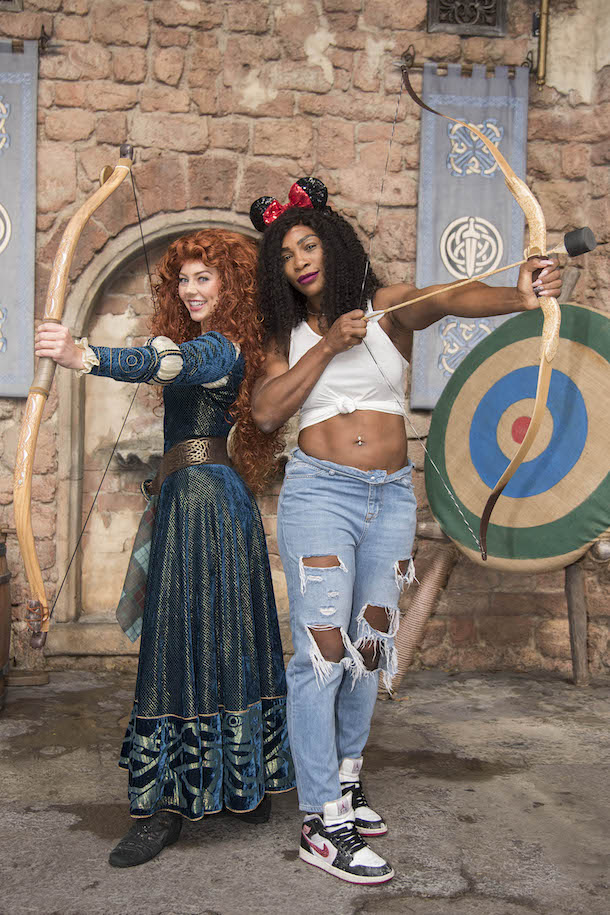 Having beat the odds in conquering the world of professional tennis, Williams has a lot in common with Princess Merida’s character in the Disney•Pixar movie “Brave.” In fact, Williams said Merida is one of her favorite Disney characters because she identifies with the strength and courage that Merida exhibited in the movie.

While at Magic Kingdom Park, Princess Merida gave Williams some tips on archery and Williams even took a few turns at it herself. And, not surprisingly, she actually hit the center of the target!

Hey, some people are just good at everything.