As Magic Kingdom Park’s 45th anniversary approaches this fall, this new weekly series will take a look at one of the park’s opening day attractions that can still be enjoyed today. This week, we’ll focus on The Country Bear Jamboree. 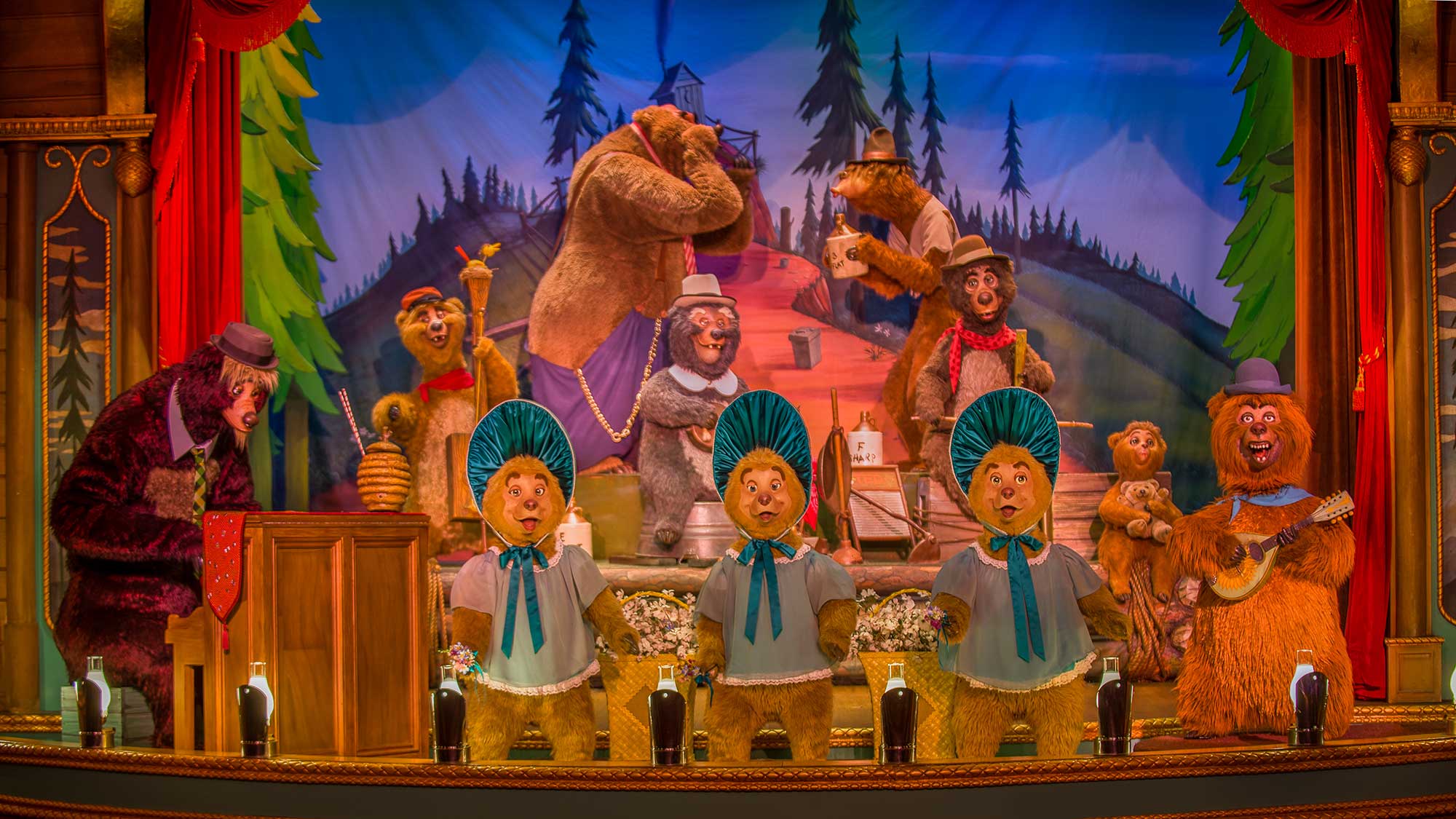 Howdy, folks! This week’s look back at a Magic Kingdom Park opening-day attraction focuses on the toe-tapping Country Bear Jamboree.

Located in Grizzly Hall in the Frontierland section of the park, the Country Bear cast of 18 have put on a spirited country revue for more than four decades. The 15-minute show features country music performances from The Five Bear Rugs, the loveable Trixie, Liver Lips McGrowl, the hilariously terrified Big Al, and many more.

When it comes to Disney history, this attraction really does “have a lot to give.” First, Disney Animator/Imagineer and Disney Legend Marc Davis (think Pirates of the Caribbean and “it’s a small world”) produced some of the first sketches of the show’s bears. And if you listen closely, the voice of show host Henry may sound a bit familiar. That’s because he was voiced by actor Peter Renaday, who also voiced characters in Hall of Presidents, 20,000 Leagues Under the Sea, Snow White’s Scary Adventures and more. 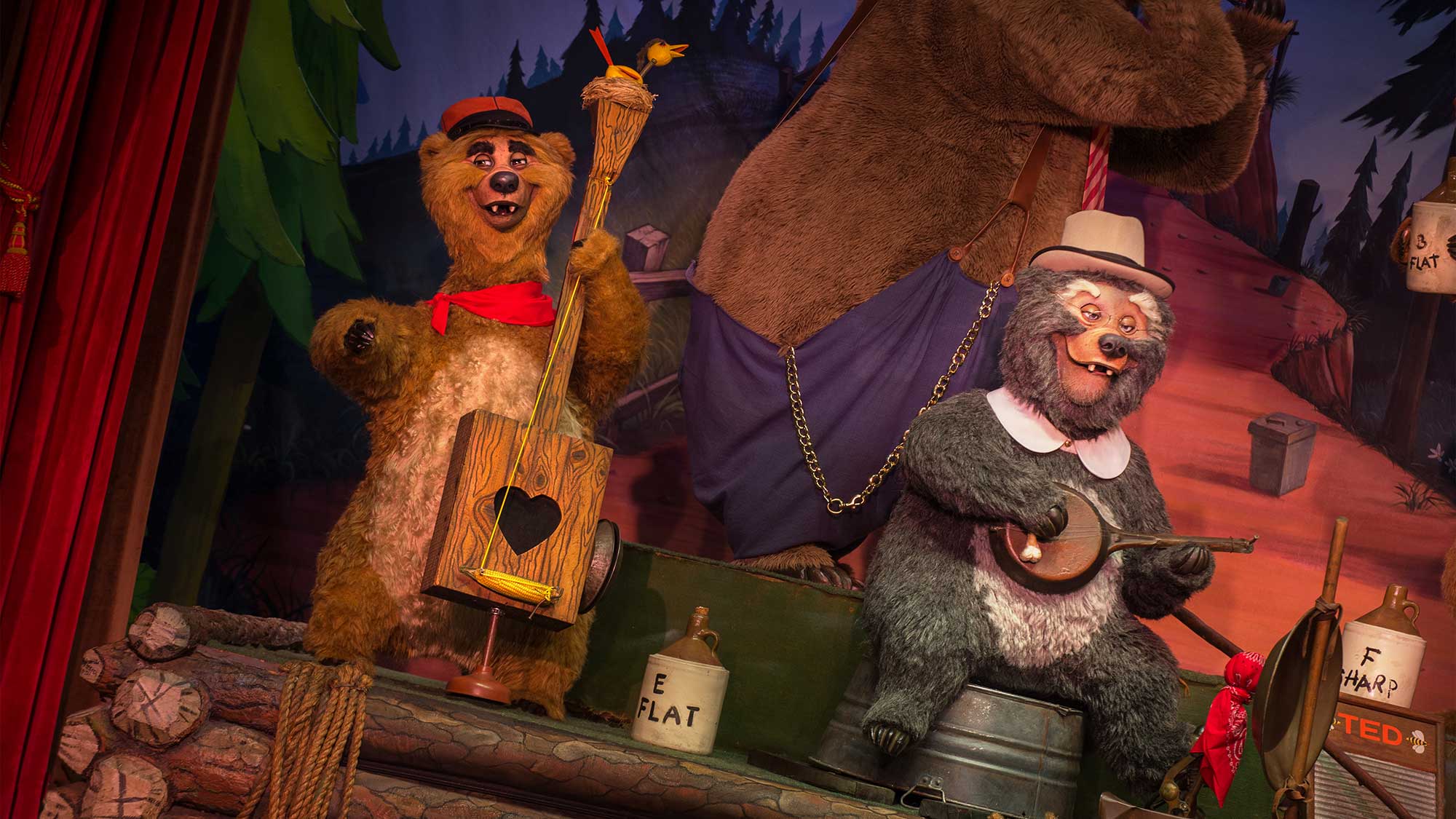 When the attraction opened in 1971, an official Country Bear Jamboree record album was released (and is currently available on iTunes). It offered songs inspired by the show but even more interesting to Disney fans – the album jacket offered detailed descriptions of each bear’s backstory. For example, “Swingin” Teddi Barra was “discovered” in a soda fountain outside of Gentry, Arkansas; Henry is a former football player for the Goose Creek Bruins; and Big Al was a “resident bard and balladeer in the swamp before Walt Disney World was built.” Who knew!