Fall is a great time to spend a long weekend at the Walt Disney World Resort, especially when kiddos have an extra day off of school. There is more to do and see at Magic Kingdom Park than ever, and fall is an amazing time to visit.

Here are our suggestions for how to spend a long, leisurely weekend exploring Magic Kingdom Park. 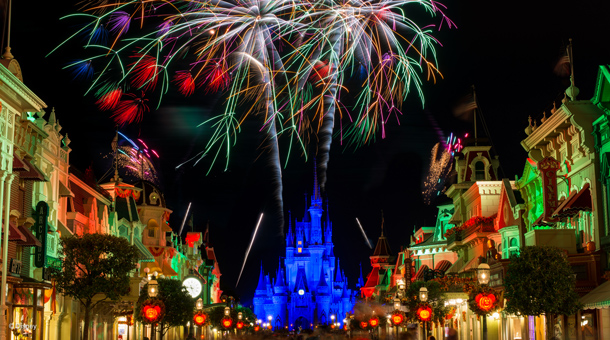 Day 1 – Thrills & Seasonal Chills
Halloween has returned to the park, so why not enjoy it day and night? The park entrance and Main Street, U.S.A., are flooded with fall decor worthy of family photos. The Confectionary and its neighboring shops are full of Halloween treats and merchandise you can only get this time of year.

After heading down Main Street, U.S.A., check off some of your favorite attractions off the list first. Head for those most sought-after experiences, like Seven Dwarfs Mine Train, Space Mountain, or Buzz Lightyear Space Ranger Spin. 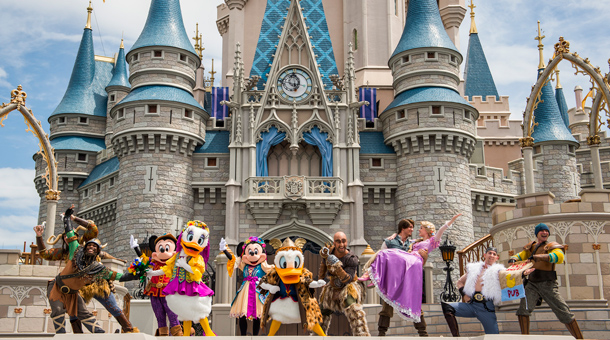 Don’t forget to check out two new daytime offerings: “Mickey’s Royal Friendship Faire” is a musical celebration that showcases Mickey and his friends from “The Princess and the Frog,” “Tangled” and “Frozen.” “Princess Elena’s Royal Welcome” welcomes the newest Disney princess to the park.

At night, enjoy Halloween even more with Mickey’s Not-So-Scary Halloween Party. This separate ticket event includes the “Boo To You” parade, the “Hocus Pocus: Villain Spelltacular” stage show and “Happy HalloWishes” fireworks, plus trick-or-treating and can’t-miss photo stops throughout the park. (Details on how to buy a ticket here). Be sure to top the night off with a visit to one of the most popular attractions of the night – the Haunted Mansion. 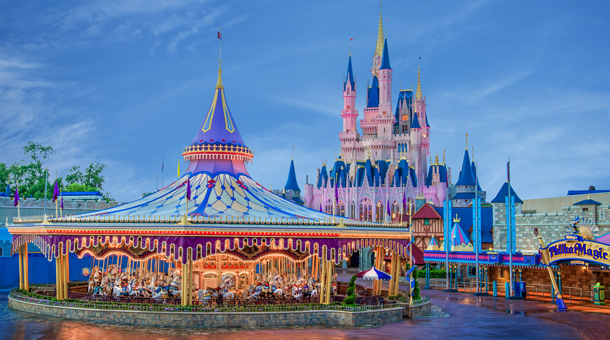 To stick with the 45th anniversary theme, grab a meal at one of the park’s original restaurants, including Columbia Harbor House or Liberty Tree Tavern. 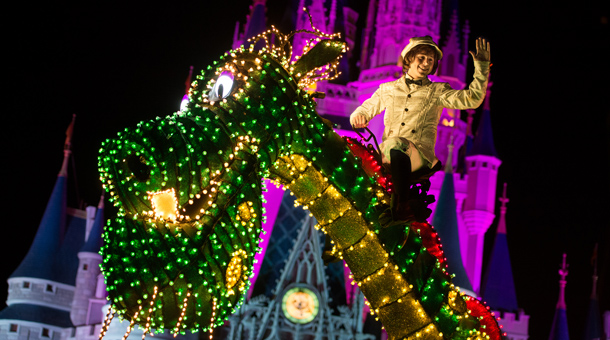 While we’re talking classics, if you visit now through October 9, you’ll have one last chance to seeMain Street Electrical Parade before it ends its run at the Walt Disney World Resort and heads off to California for it’s new run at Disneyland park. Check the parade schedule here. 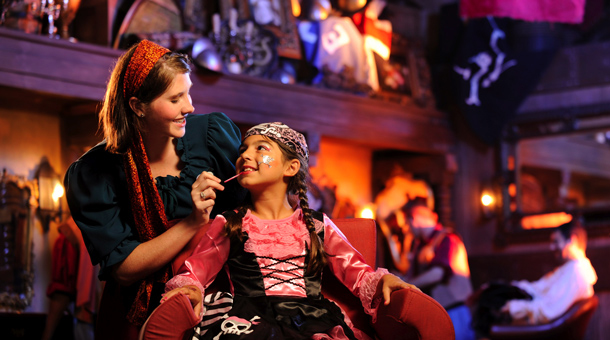 Day 3 – Transformations, Games & More
If you can spend a third day at Magic Kingdom Park – in addition to taking a second (or third) turn on your favorite attraction – consider exploring some of the other experiences the park has to offer, like a pirates transformation at The Pirates League or a princess makeover at Bibbidi Bobbidi Boutique.

Two in-park games that are included in theme park admission that offer up plenty of fun areSorcerers of the Magic Kingdom, an adventurous card game in which you defeat Disney villains, and A Pirate’s Adventure ~ Treasures of the Seven Seas, a challenge in which guests follow treasure maps to help Captain Jack race other pirates for some of his biggest treasure yet.