Disney’s “Moana” arrived in theaters on November 23, 2016. After catching a sneak preview at Disney’s Hollywood Studios, I can’t wait to see this film (the music sounds incredible!). I recently went in search of “Moana” merchandise at Disney Parks. My journey took me to the largest merchandise shop at Walt Disney World Resort – World of Disney at Disney Springs Marketplace – where I found a handful of items created especially for this animated feature. 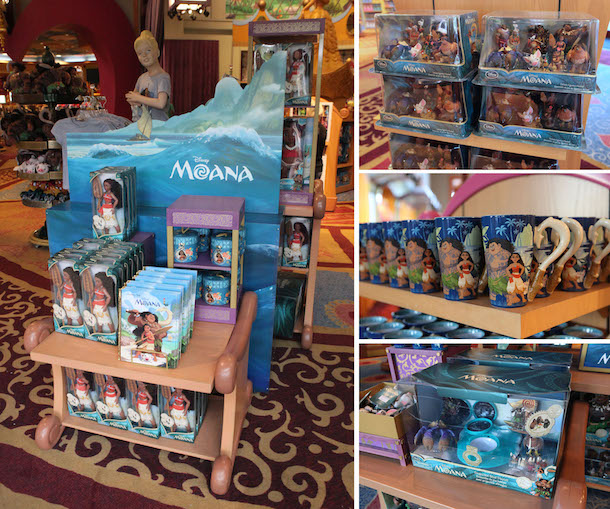 Upon entering World of Disney, I was greeted by giant visual displays with images of Moana and the mighty demigod Maui. The beautiful displays were covered with a variety of products including dolls, toys, mugs and more. 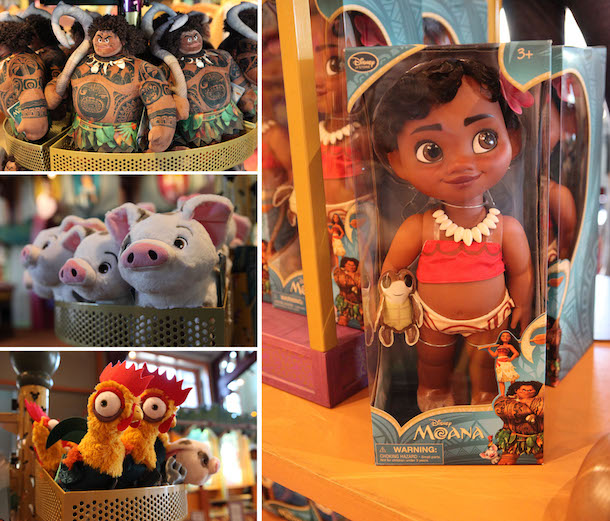 Disney Parks is carrying a 15-inch toddler Moana doll along with plush dolls of Maui, Pua the pig, Heihei the rooster. 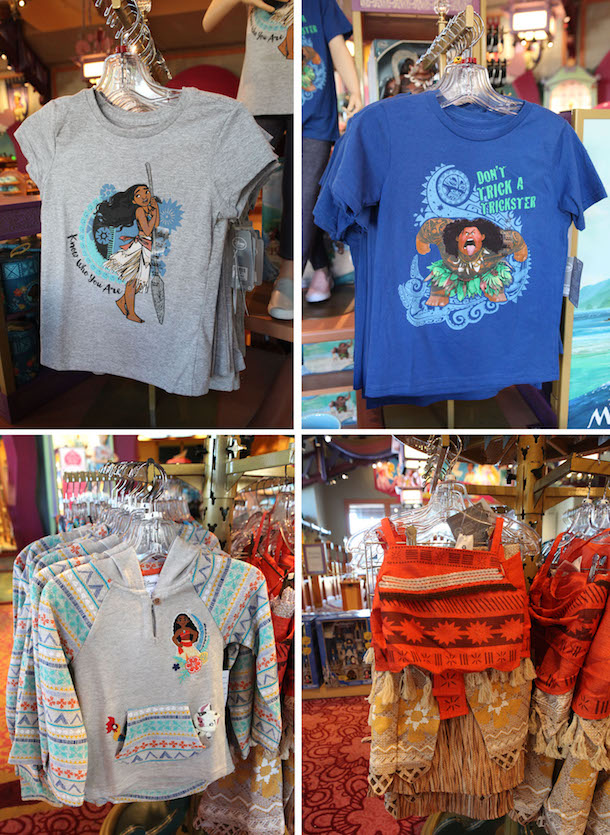 Younger guests will find apparel such as T-shirts, a hooded fleece for girls, and a Moana costume that includes a top and skirt.

Adults will find t-shirts and a colorful camp shirt covered with character images from the film.

On November 23, we will be releasing a limited edition retail MagicBand at Walt Disney World Resort. Presented in a decorative box, this MagicBand will have an edition size of 2,400.

Look for many of these items in select merchandise locations at Disneyland and Walt Disney World Resorts.

Guests may also find products on DisneyStore.com or via the Shop Disney Parks app.