From Screen to Park: ‘a bug’s land’ at Disney California Adventure Park The first new land at Disney California Adventure park after its grand opening in 2001, “a bug’s land” is inspired by the 1998 Disney•Pixar film, “A Bug’s Life.” Inside this intricately designed land, you’ll find Flik’s Fun Fair, an immersive festival fit for any bug, featuring five amusing attractions inspired by the personalities of some of Flik’s best insect friends. 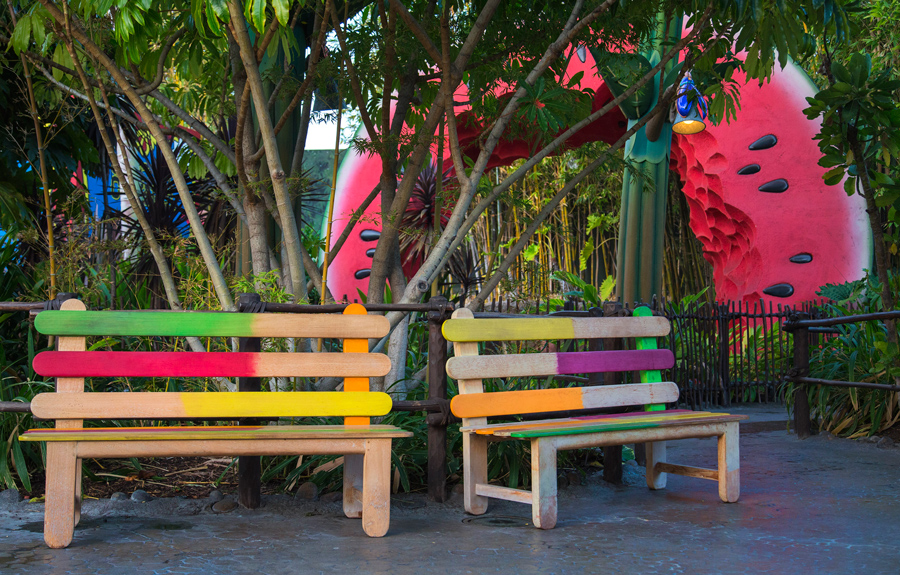 Flik’s Fun Fair invites the young — and the young at heart — to enjoy the world from a bug’s point of view. In an attempt to build a strong relationship between bugs and humans, Flik, the main character and beloved blue ant from the film, decides to create a bug-sized fun fair for his newfound human friends with the help of all the ants in his colony. The oversized world of Flik’s Fun Fair is formed with both man-made and natural objects that his group has gathered. The fair is set among tall green clovers and features special touches like popsicle stick benches and light posts made from No. 2 pencils. 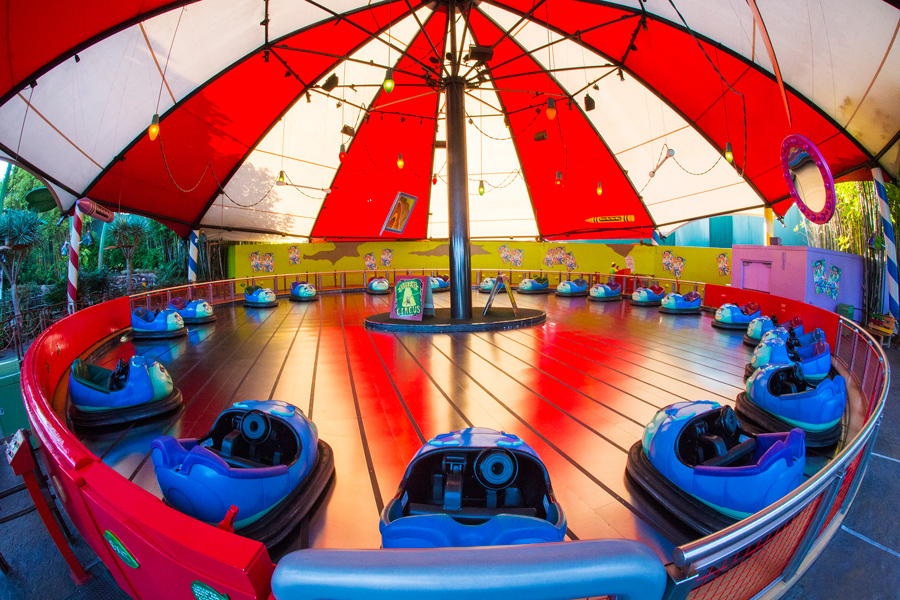 On Heimlich’s Chew Chew Train, you’ll take a ride with Heimlich the hungry green caterpillar as he chomps through snacks like juicy watermelon and sugary sweet candy corn. On Flik’s Flyers, you can fly through the air on one of eight hot-air balloons made from leaves and food containers, like a box of animal crackers. At Tuck & Roll’s Drive ‘Em Buggies, you’ll get behind the wheel of a bug-shaped car and bump around with other guests under P.T. Flea’s Circus Tent – a red- and white-striped umbrella. 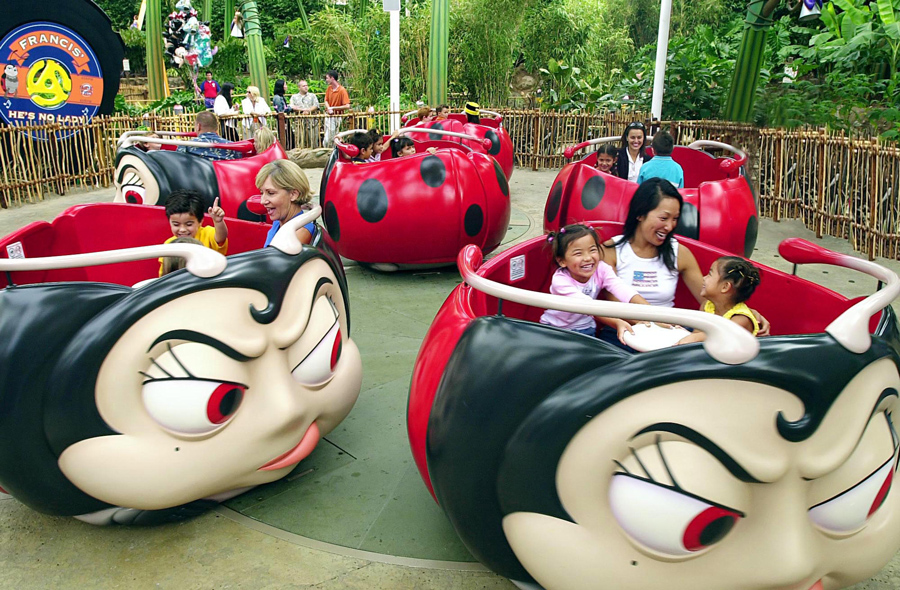 Over at Princess Dot Puddle Park, a favorite spot for young bugs, you can splash around in water from a giant spigot, sprinkler nozzle and leaky garden hose. Afterward, you can dry off at Francis’ Ladybug Boogie as you spin around in a black and red ladybug-inspired buggy.

Which attraction from Flik’s Fun Fair do you always visit at Disney California Adventure park? Let us know in the comments!