The Disneyland Omnibus Debuts in 1956 In August of 1956, a new way to travel down Main Street, U.S.A. was introduced at Disneyland park — aboard a two-story open-air bus. The Disneyland Omnibus is inspired by the tour buses of New York’s Fifth Avenue during the 1920s and the open-topped vintage vehicles of Travel Town at Griffith Park in Los Angeles. 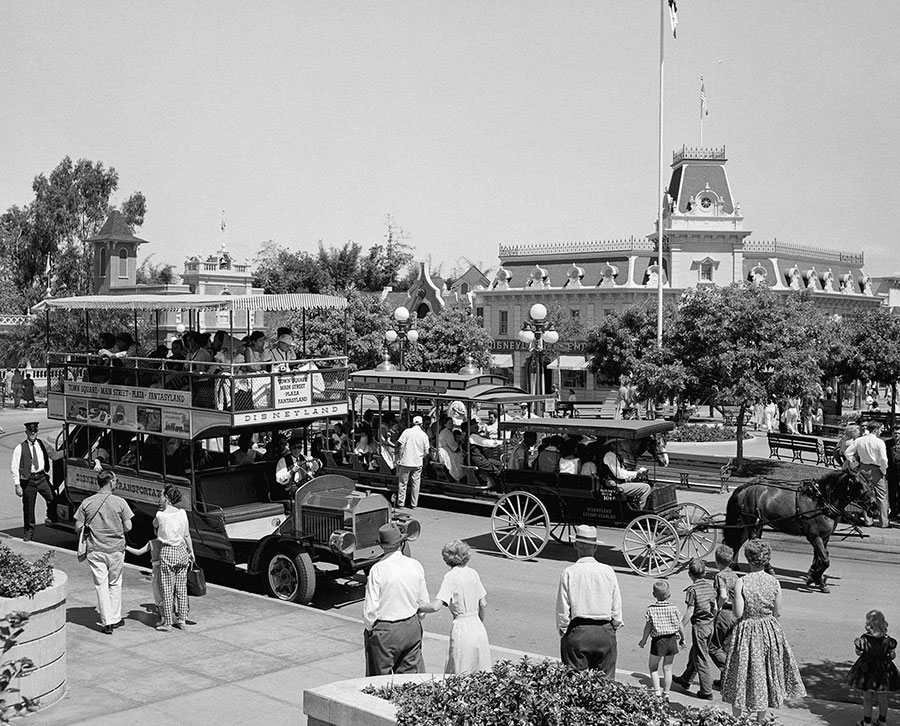 Complete with a narrated tour of one of the most traveled streets in the world, the Disneyland Omnibus provides guests one of the most leisurely (and elevated) ways to experience Disneyland park. A second bus was added in 1957, and 25 years later it made its way to the World Showcase at Epcot at the Walt Disney World Resort.

You can board the Omnibus in Town Square or at Sleeping Beauty Castle.