Learn About the Cast of Disneynature ‘Born in China’ I’m taking some extra time this week to share with you some exciting news from Disneynature! Last week, The Walt Disney Studios debuted the first look at the poster for Disneynature “Born in China” and announced that actor John Krasinksi would narrate the English version of the film, in theaters April 21, 2017, for Earth Day.

All of us in Disney’s Animals, Science and Environment are excited for the release of the film, and to celebrate, I would like to share with you an additional sneak peek with this look at the animals appearing in the the film.

This gorgeous banner art is truly representative of the film, showcasing the wilds of China where few people have ventured. 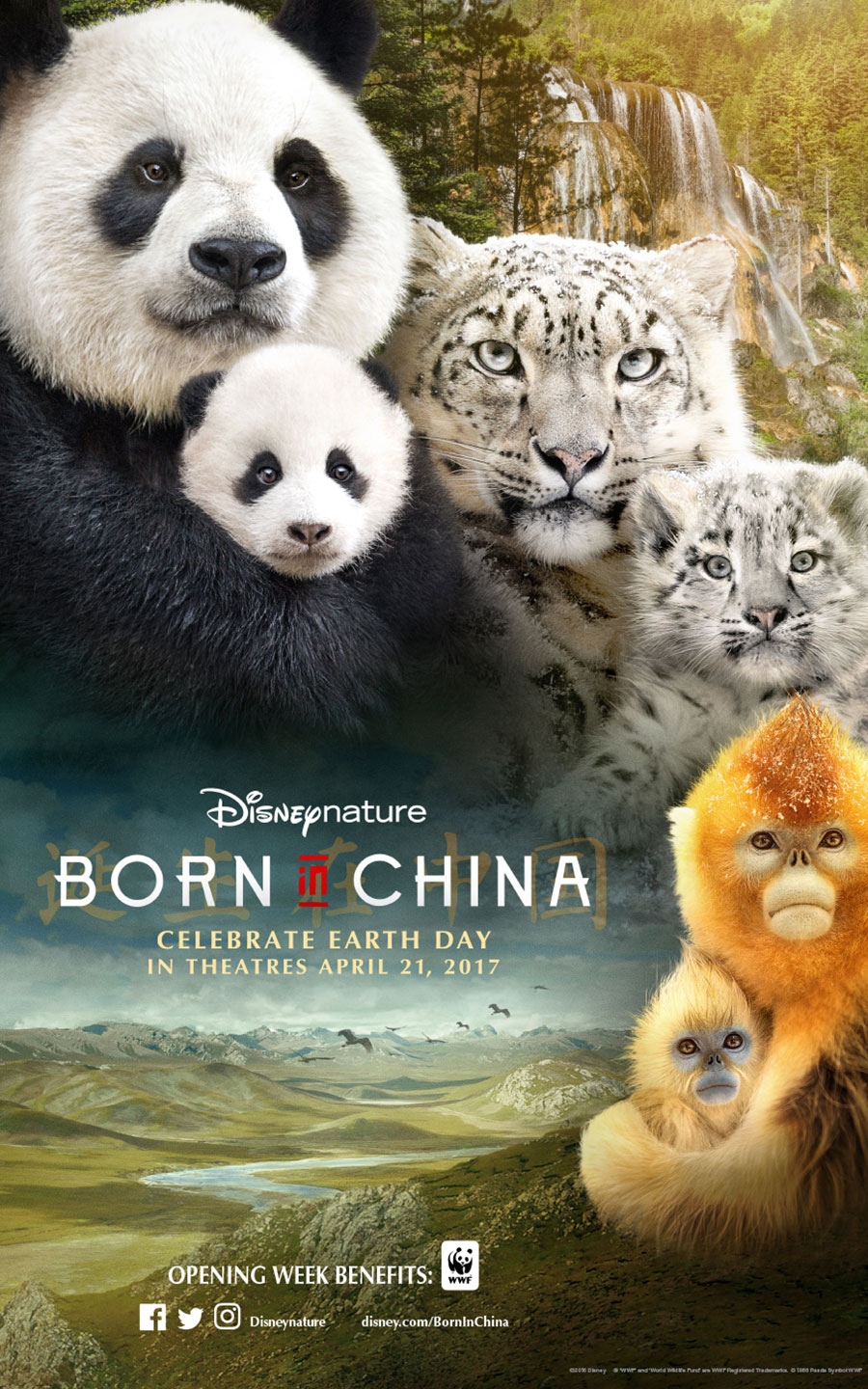 “Born in China” follows the stories of three animal families, transporting audiences to some of the most extreme environments on Earth to meet some amazing characters. A doting giant panda mother guides her growing baby as she begins to explore and seek independence. A 2-year-old golden snub-nosed monkey, or golden monkey, feels displaced by his new baby sister and joins up with a group of free-spirited outcasts. And a mother snow leopard – an elusive animal rarely caught on camera – faces the very real drama of raising her two cubs in one of the harshest and most unforgiving environments on the planet. Other species make cameo appearances as well, in what must be the most beautiful nature film yet!

You can get more exclusive peeks into “Born in China” by downloading your free copy of the Disneynature “Born in China” Educator’s Guide and Activity Packet, available online at disney.com/nature.

This film carries forward a legacy of conservation, core to our efforts at Disney’s Animal Kingdom and The Seas, and the work of the Disney Conservation Fund. You, too, can make a difference for wildlife and wild places. If you see “Born in China” during its opening week, Disneynature will make a donation in your honor to World Wildlife Fund to help protect wild panda populations and establish new conservation programs for snow leopards in China.