Shanghai Disney Resort is our most technologically advanced resort to date. While guests may not see the technology – such as complex programming or advanced projection systems – in action, its innovative application takes them into exciting worlds where they become part of the action like never before. Let’s take a look at some of the amazing innovations guests will find at Shanghai Disney Resort.

1. TRON Lightcycle Power Run has a sleek, innovative vehicle design that combines onboard audio and lighting to give guests the feeling of speeding through the Grid on two-wheeled Lightcycle. 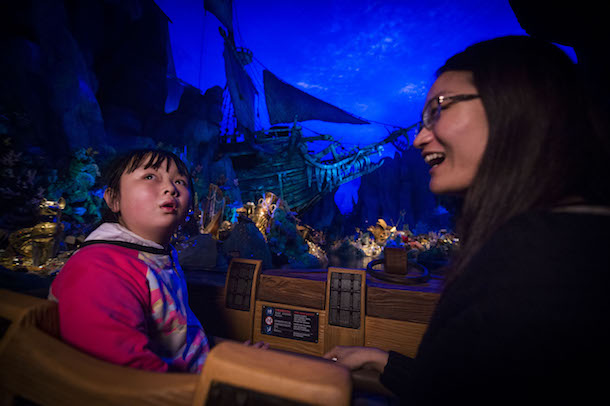 2. Pirates of the Caribbean: Battle for the Sunken Treasure is the most advanced version of this classic Disney attraction to date. It employs a new ride system where the boats are controlled magnetically and can spin or turn and even go backward. The integration of the visual media, with show lighting, sets and audio, make it one of the most complex attractions ever designed by Walt Disney Imagineering, and the latest advances in Disney’s Audio-Animatronics technology brings lifelike realism to the Captain Jack Sparrow and Davy Jones figures featured on the attraction.

3. Peter Pan’s Flight utilizes a new suspended ride system in addition to special effects and digital media which allow families to experience the thrill of soaring over Never Land in a pirate ship like never before. 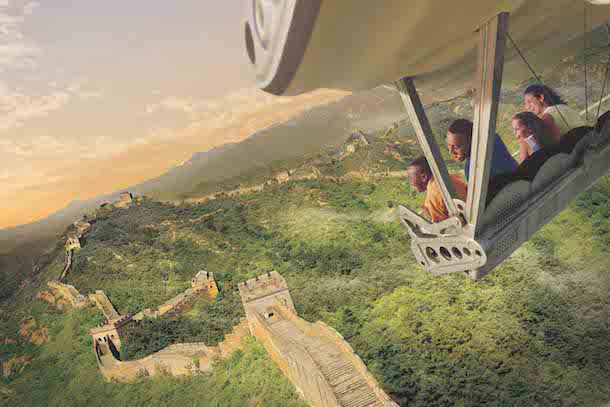 4. Soaring Over the Horizon utilizes high-definition, laser-projected footage shot by a groundbreaking, first-of-its-kind camera system that captured the large-format images from vistas around the globe. The system broadcasts the highest resolution imagery currently in use in the world.

5. Buzz Lightyear Planet Rescue features newly designed Space Cruiser vehicles and a newly enhanced interactive targeting system which is more reactive and allows guests to better understand when their blaster has come into contact with its intended target.

7. Voyage to the Crystal Grotto is the only attraction in any Disney park on which guests ride through the park’s castle. In the attraction’s climactic scene, state-of-the-art projection mapping and scenic illusions bring the magic of the crystal to life before guests’ eyes.

8. “Once Upon A Time” Adventure inside Enchanted Storybook Castle brings the story of “Snow White and the Seven Dwarfs” to life through a first-of-its-kind, interactive walkthrough experience, combining computer generated imagery, digital media, special effects, projections, scenic illusions and motion-tracking technology which allow the guests to become active participants in the story alongside Snow White.

9. “Eye of the Storm – Captain Jack’s Stunt Spectacular” at El Teatro Fandango features an exciting climactic moment never before achieved in any indoor theatrical performance. For the first time anywhere, stunt performers battle each other in mid-air, held up only by the swirling force of a wind tunnel.

10. “Ignite the Dream: A Nighttime Spectacular of Magic and Light” uses the latest advancements in projection mapping on Disney’s largest castle in the world.