Just as Rogue One: A Star Wars Story officially opened in theaters, several exciting offerings inspired by this new film will also debut to the delight of guests at Disney’s Hollywood Studios!

First, AWR Troopers from the film Rogue One: A Star Wars Story will debut at Disney’s Hollywood Studios in a new scene in the park’s existing “Star Wars: A Galaxy Far, Far Away” daytime show. AWR (Advanced Weapons Research) Troopers are encased in specialized Stormtrooper armor, and serve as the bodyguards and enforcers of Director Krennic of the AWR division of the Empire.

The park’s Star Wars Launch Bay was also updated with new props from Rogue One: A Star Wars Story,” including a Shoretrooper Blaster, Director Krennic’s Imperial Shuttle, a Death Star model, a U-wing gunship and more. Making-of footage has also been added to the the behind-the-scenes film in Launch Bay Theater. 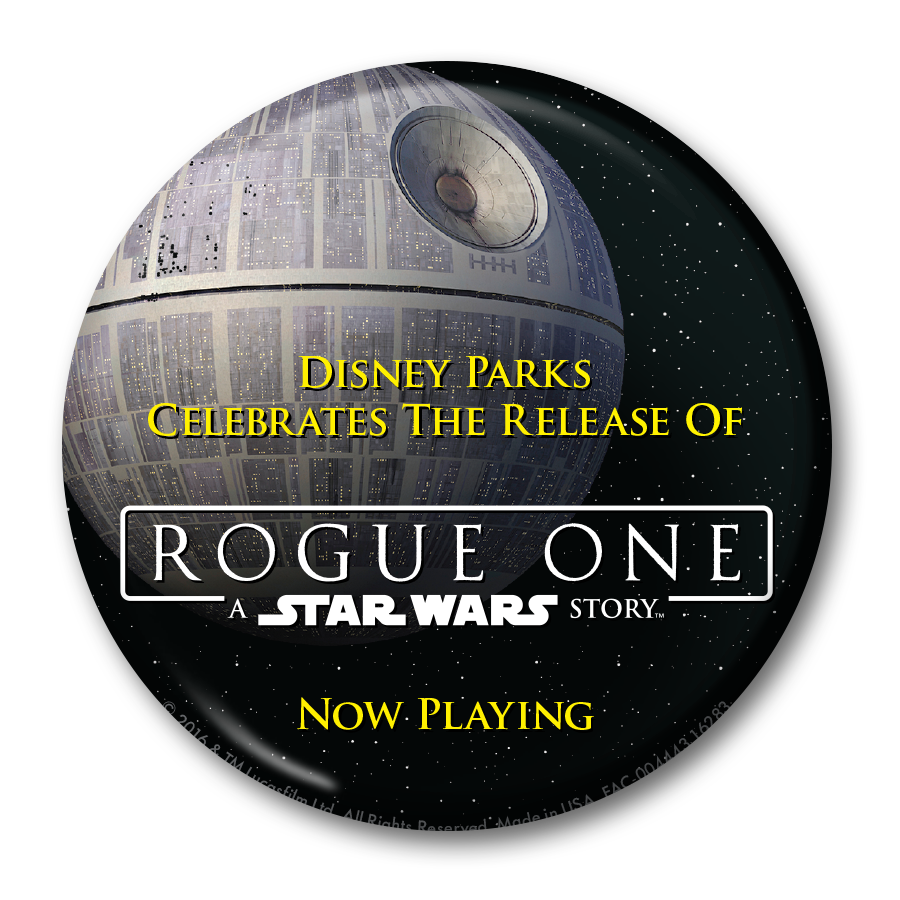 Guests visiting Star Wars Launch Bay at either Disney’s Hollywood Studios or Disneyland park in California on December 16 and until supplies last only may receive a complimentary Rogue One: A Star Wars Story button.

Starting tonight, “Star Wars: A Galactic Spectacular,” will return to the park. (The show will join the nightly holiday “Jingle Bell, Jingle BAM!” as a second nightly fireworks spectacular at the park now through December 31).

Please check the park entertainment schedule for showtimes during your visit for more information on any of these offerings.