Season of the Force is Strong at Disneyland Paris As Disneyland Paris gears up for its 25th anniversary celebration this March, Star Wars fans everywhere can enjoy a glimpse of limited-time magic during the Season of the Force celebration now open at Walt Disney Studios Park.

Guests can witness the First Order March led by Captain Phasma herself and spot a number of iconic characters from the saga during the epic daytime show, Star Wars: A Galaxy Far, Far Away. But step aside or risk coming face-to-face with Stormtrooper Patrols roaming the grounds throughout the day. 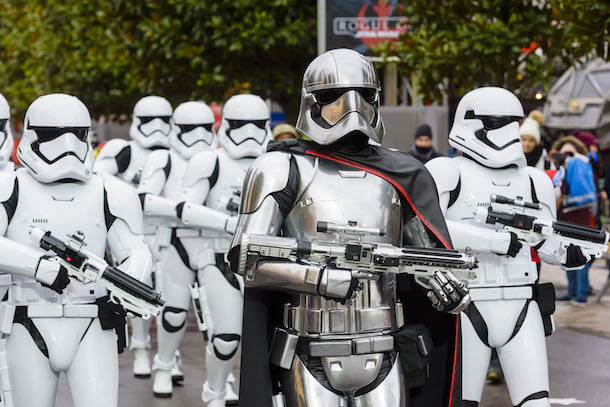 Young Padawans, ages 7 to 12, can hone their knowledge of the Force under skillful instruction from Jedi Masters, then walk side-by-side with heroes from the saga during Jedi Training Academy. Under the cover of night, the Hollywood Tower Hotel transforms into a spectacle of light and sound with projections, special effects and more during Star Wars: A Galactic Celebration, including glimpses from the new film, Rogue One: A Star Wars Story.

Be sure to catch all of your favorite characters during this immersive Star Wars celebration at Disneyland Paris until March 26. And may the Force be with you!